Lush campaign accuses police of “spying” and being “paid to lie” 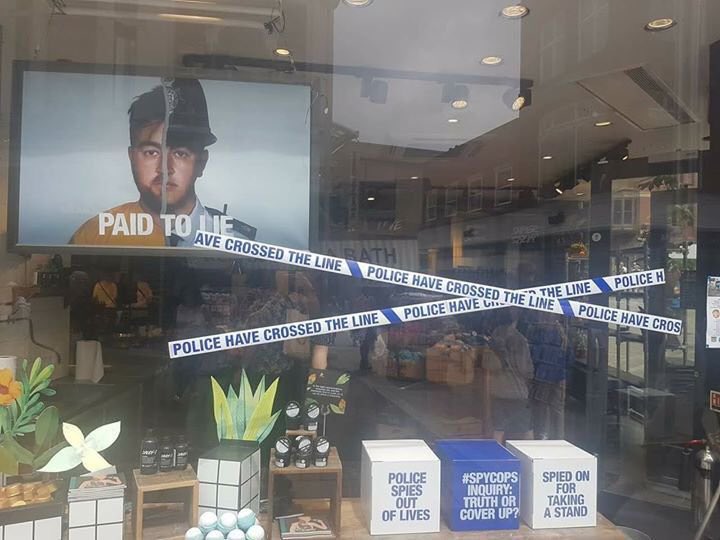 [L]ush has caused outrage with a new anti-policing marketing campaign accusing officers of being “paid to lie” and “spying” on innocent people.

The British Cosmetic chain which has a store in Carlisle is known for selling bath products and “gourmet” soap.

The latest “advertising” campaign by LUSH UK….. ???? You might now expect a 100% reduction in calls to the Police, given that they’re displaying their contempt in their shop windows… pic.twitter.com/LGXCZ5o7BG

Critics have accused the Poole-based firm of being “anti-police” and smearing all police officers.

The campaign is meant to call attention to Lush’s claims of “intrusive, abusive, political policing” – including women being tricked into sexual relationships for the sake of investigations – and for major changes to a public inquiry into undercover policing.

But it appears to have backfired into a PR disaster as it has angered customers and current and former police officers, who have complained that it is a “disgrace” that wrongly and unfairly paints all cops as corrupt.

The campaign also says: ‘Police spies out of lives’, ‘#Spycops Inquiry: Truth or cover up?’ and ‘Spied on for taking a stand.’

We’ll give you more attention later on today; you utter, utter buffoons. pic.twitter.com/jqoeDoFjO0

Since the campaign began, users have started a #FlushLush hashtag in a bid to convince users to ditch the store.

Defending the campaign, Lush said on Twitter: “These posters are part of the campaign we’re supporting which looks at the ongoing undercover policing scandal, in which some police officers are infiltrating the homes and lives of non-criminals, and the aftermath of these actions!

“We understand that there are many people, including police personnel, who support what these campaigns stand for, we just want to help spread the message.”

For an ‘ethical’ company, you sure know how to generalise and smear 99.9% of hardworking, honest #police officers.

Despite your dislike of us, when you need the police, we’ll still be there to help.