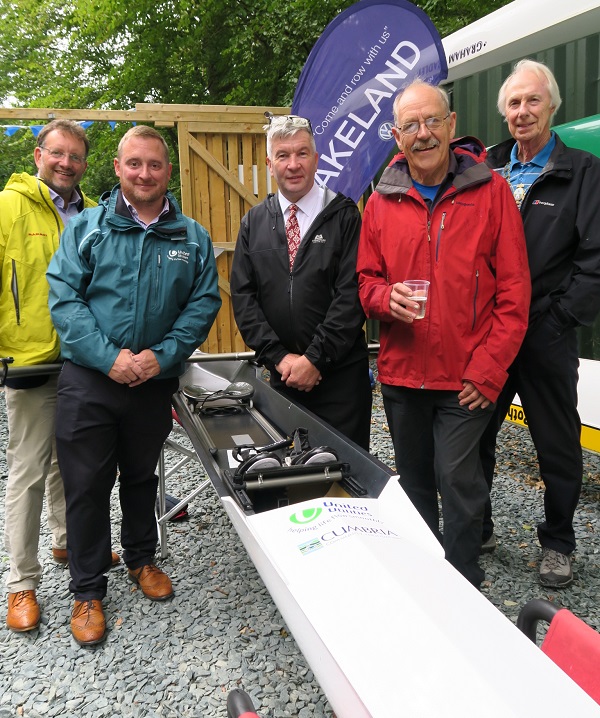 [L]akeland Rowing Club is celebrating the addition of two new sculling boats to it’s fleet thanks to the generous support from the United Utilities Legacy Fund and Cumbria Community Foundation.

On Wednesday 1st August 2018, Lakeland Rowing Club named and launched the first of two new sculling boats from it’s new site on the Isthmus, near Keswick. The new boat was named “John Knox” after it’s founder member and club president John Knox who has developed the club since is was founded in April 2007. The club has now 98 members including 32 junior members from Keswick School and Cockermouth School and continues to grow. 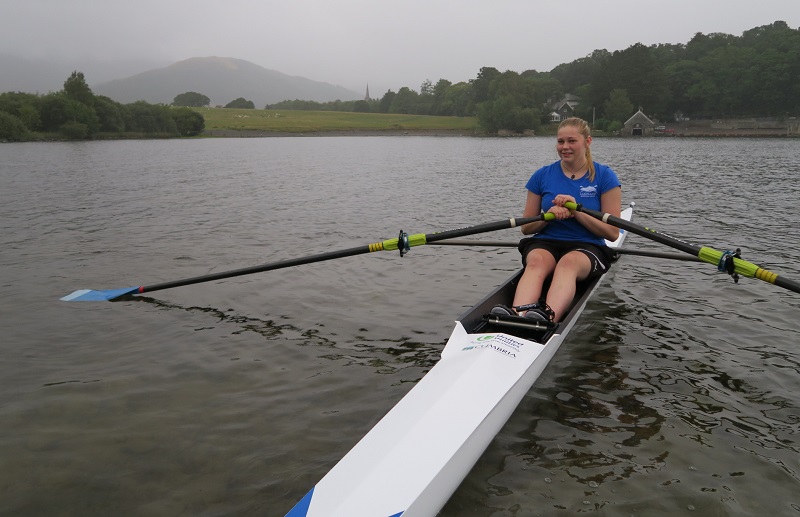 Andy Beeforth, Chief Executive of Cumbria Community Foundation, commented: “The club is going from strength to strength and due to its popularity with local youngsters and its ever-growing junior section, it’s fantastic United Utilities have supported this project to purchase the additional boats so that more young people can develop their rowing skills and compete more regularly in the sport.”

Chris Pratt, Chairman of Lakeland Rowing Club commented, Thank you very much United Utilities for their generous funding of two new boats, the first of which we are launching today. The smiles on the faces of our enthusiastic juniors, whether training or competing, will be testament enough to the benefits of your grant.

Karen Blackley and her daughter recent learn to row students of new of Lakeland Rowing Club said “Joining LRC has given me the opportunity at 50+ to learn a new skill. Whilst I have found it very challenging at times the sense of safisfaction when it goes well is really rewarding. This could not been achieved without the dedication and support of others at the club who have given up their time to help me. My daughter also rows and my aim is one day for us to row together in a double. There are few sports where you can partake together as a family. Therefore what can be better than living in the Lakes and getting to enjoy the landscape from a unique view point!” An accessible club for the whole local community.