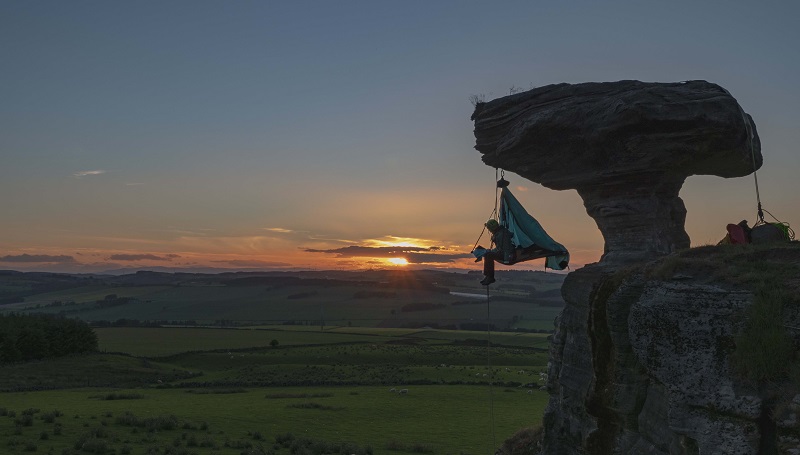 Adventurer Phoebe Smith will be presenting the Kirby Lecture, ‘Great Britain = Great Adventures’ at 7pm on Friday 21 September at Ambleside Campus of the University of Cumbria. The lecture is held annually by Cumbrian conservation charity Friends of the Lake District and this year’s talk promises to take you on a tour of the world revealing the wildest nights out on the planet as well as plenty of inspiration for adventures closer to home.

Phoebe is Editor-at-Large of Wanderlust Travel Magazine, a regular writer for The Guardian, The Telegraph, The Times, and award-winning broadcaster for BBC Radio 4’s From Our Own Correspondent. Join her on a journey around the world to reveal the wildest nights out on the planet and discover how to unlock some of the best places to have a wild adventure here in the UK. You’ll benefit from Phoebe’s hard-won wisdom on what to pack, how to stay safe in the wilderness and how to have some wild times of your own in the Lake District. Phoebe will also be recounting her ‘Extreme Sleeps Challenge’ in which she became the first woman to sleep solo at the extreme points of mainland Britain and her Sleep the 3 Peaks for Christmas venture in which she raised nearly £8,000 for Centrepoint the homeless charity.

Phoebe said, “For me as an adventurer – someone who makes a living by encouraging others to realise that they can have adventures close to home, that are every bit as rewarding and exciting as those found overseas – the Lake District has set the scene for some of the most memorable experiences of my life”.

Janine Bickerstaff, Friends of the Lake District, said: “We are excited to welcome Phoebe as our speaker this year and look forward to hearing about her amazing world-wide adventures. For us though it’s equally inspiring to hear about her tips for adventures closer to home. The Lake District is a natural resource for everyone to enjoy and there are some wonderful free adventures available, without the need for complicated kit or lots of money – and, importantly, that has a low impact on the fragile environment.”

Tickets are priced at £10 (£7.50 for members) and can be purchased from the Friends of the Lake District website at: www.friendsofthelakedistrict.org.uk or by calling on 01539 720788.