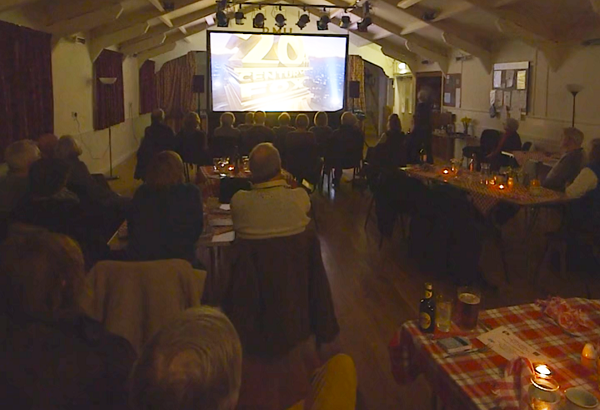 What better way to see off the chill winter nights than a film screening on your doorstep? Cine North, which is run by Eden Arts with support from Film Hub North, enables communities to put on great cinema events in their local venue with high quality cinema equipment.

Following on from a successful Autumn 2018 season in which big, show-stopping feature films like The Greatest Showman and Mamma Mia! Here We Go Again dominated, our Cumbrian Cine North venues are about to get a little more eclectic as awards season kicks in. Oscar-nominated titles such as The Favourite, First Man, Cold War, Green Book and The Wife will find room in many venue programmes alongside the big-hitting season titles of Stan and Ollie, A Star is Born and Bohemian Rhapsody.

We’d all like to wish a warm welcome to our newest Cumbrian venue at Hutton Roof, who will be debuting on the network by screening Bohemian Rhapsody on 23rd March 2019. Our new hub in Northern Lancashire, at Carnforth, will be supporting Hutton Roof as they go about bringing community cinema screenings to the South Lakes.  Another recent addition to the network at Bowness-on-Solway in the far north of the county, will be screening the two huge musical extravaganzas of the past year, starting with The Greatest Showman on 16th Feb 2019 and continuing with Mamma Mia! Here We Go Again on 6th April 2019.

Venues to watch out for this season are Yew Tree Hall at High Lorton and Appleby Public Hall, who under the management of Eleanor Gardiner and Karen Babayan (see image below) respectively are putting together some of the boldest and most intriguing seasonal programmes within the county. Appleby are giving the only screening this season of Mary Shelley and central to High Lorton’s programme is a Robert Redford double-bill with Butch Cassidy and the Sundance Kid and his swansong, The Old Man and the Gun. They are also the only venue in the Cine North network screening the white-knuckle, award-winning Danish thriller The Guilty.

“Our venues in Cumbria are really beginning to lead the way in terms of inventive and eclectic programming, with places like Appleby, Greystoke and High Lorton all offering their communities a mix of crowd-pleasing, high-brow and niche titles for the new season. This proves just how vital the network is in bringing a diverse cultural programme to rural and remote parts of the North.” said Cine North co-ordinator Rohan Berry Crickmar.

As with last season, we are continuing to promote digital arts content with the support of Arts Council of England, with a fantastic selection of short films going out to Cumbrian venues during the season, promoting digital art works from UK arts companies such as Manchester Camerata, Blast Theory and Candoco.

If you have a community venue that would like to begin screening films locally in 2019, then we would love to hear from you. Cine North is supported by Film Hub North, Arts Council England, Eden District Council and Arts Out West. For further information on the Cine North programme and a map of all participating venues head to Eden Arts website https://www.edenarts.co.uk/projects/cine-north/  or contact Rohan Berry Crickmar at [email protected]