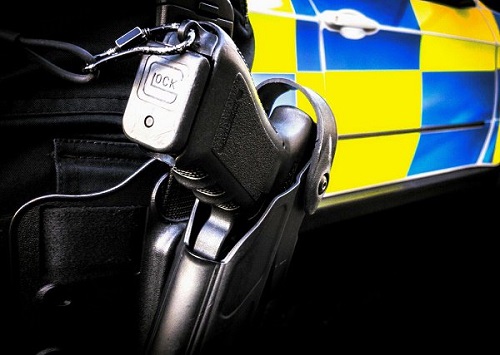 Detectives are investigating two robberies within a three-day period where people have been threatened with weapons.

The first incident happened on Thursday evening (February 14th) at around 9:10pm when two men have entered the Betfred bookmakers on Euston Road, Morecambe.

One of the pair have pointed what appears to be a firearm at a member of staff whilst the other, armed with a hammer, has jumped over the till making demands access to the safe. When the worker advised that it could not be opened, the man has then grabbed a cash tray and ran out with his accomplice.

They have made off up Tunstall Street –  an alley between Euston Road and Pedder Street – with a quantity of cash.

The second robbery happened at around 6:55pm on Sunday, February 17th at the Supersavers Convenience Store on Alexandra Road, Morecambe.

Two men have again gone into the shop with one pointing a suspected firearm at staff and the other making threats with a knife for access to the till. He ransacked the cash register and got away with a quantity of cash.

In both incidents the thieves wore dark clothing and had their faces covered.

DI Andy Ellis from Lancaster CID said: “These robberies are concerning, particularly given the fact that weapons have been used to threaten workers, who were there just trying to earn a living. We have a team of people dedicated to finding the people responsible.

“We think that given the similarities between the two incidents, they are potentially linked.

“I am asking people to cast their minds back to Thursday; did you see anyone, particularly two men together, in the area before the robbery or afterwards as they were making off?

Alternatively, independent charity Crimestoppers can be contacted anonymously on 0800 555111.