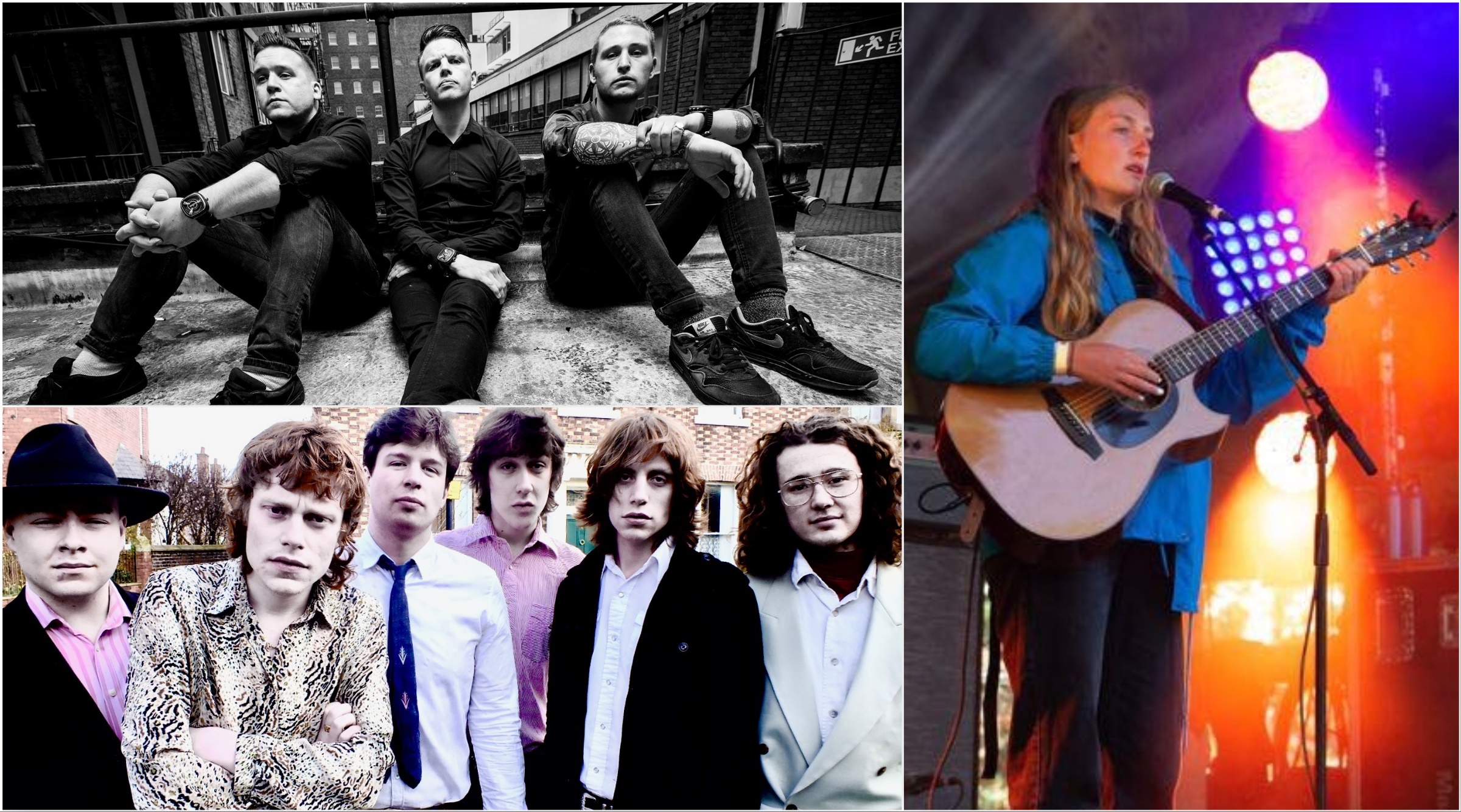 Famed for bringing world-renowned artists to the picturesque Lake District, Kendal Calling has announced its lineup of local stars who will be joining them in 2019, including Colt 45, Hardwicke Circus, mylittlebrother, Droll Man, Eliza Gutteridge and many more!

To celebrate the Yam Riot stage announcement, members of the acclaimed Hardwicke Circus & mylittlebrother will both perform special acoustic sets, live at the award-winning and much loved chip shop ‘Shap Chippy’ this Friday, 15 March from 5pm.

Head down to watch them perform, buy some award-winning fish and chips and be in with a chance of winning a pair of Golden tickets to Kendal Calling 2019!

Returning heroes Colt 45 will be one of the headline names on the Yam Riot stage, following its hugely successful launch at last year’s Kendal Calling. The three-piece rockers return to their home festival for the first time in years to mark their 10th anniversary as a band. Drummer Adam Lewis – whose other band, False Flags, are also set to feature – comments: “This is our tenth year as a band, so we’re playing a handful of birthday shows to celebrate and we are extremely pleased to be adding Kendal Calling to our plans! We’re especially pleased to be performing the same year as Manic Street Preachers – and, as always, the organisers make sure there are plenty of opportunities for local acts and new artists to step up and perform.”

Hardwicke Circus are also Kendal Calling veterans, and return following a string of well-received EP releases and recent tours supporting the likes of Alabama 3 and Bob Geldof’s Boomtown Rats. Frontman Jonny Foster says: “Kendal Calling was the first festival I went to as a teenager – watching my favourite bands with my mates in the Fields defined every summer. I really can’t wait to back at this amazing festival with all the band. We’ve got a very special set up our sleeves.”

Teenage singing sensation Eliza Gutteridge is also especially keen to see one of the legends of the Kendal Calling 2019 bill – last year she starred on our screens when she was coached by a certain Sir Tom Jones to the knockout rounds of The Voice! She is back once again for a set filled with a mixture of personal originals and well-known sing alongs from a variety of eras with her own spin and interpretation on them.

Also among the headliners are Cumbrian mainstays mylittlebrother, who have been playing their upbeat indie pop all over the UK for the past seven years. By contrast, upcoming emo outfit Canada Square are arguably the newest band on the entire line-up having wowed crowds since playing their debut gig at Christmas and releasing their first single, ‘I’ll Say Anything’, last month. Guitarist Thom Fisher adds: “As a band, our main aim this year is to make a jump onto a major festival, so we couldn’t be more excited to be playing!”

Festival Director, Andy Smith said: “The Yam Riot stage made its debut at the festival last year, and we’re thrilled for it to return this summer! The team here at Kendal Calling are committed to supporting local talent, and with so many incredible artists hailing from the Lake District, we’re over the moon to have so many joining us in the fields this summer!”

Having sold out for thirteen years in a row and quickly heading for a fourteenth, this summer’s incredible bill has attracted major acts such as Courteeners, Doves, Manic Street Preachers, Nile Rodgers & Chic and Orbital – and now the best of the Cumbria and North Lancashire music scenes has been added to the four-day weekend of music, arts, comedy, food and drink in the Lake District’s Lowther Deer Park between 25th – 28th July.

Tickets sell out for the festival well in advance so fans are urged to get their tickets now to avoid disappointment. Outright tickets are available from £139 or you can secure your ticket for just £39 and pay the remaining balance anytime between now and the 1st May. Monthly payment tickets have now sold out.