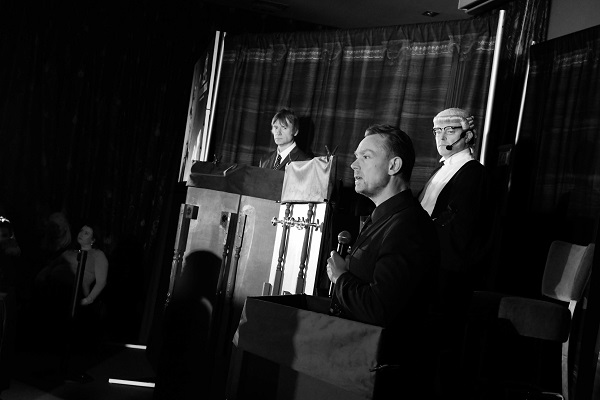 This summer The Murder Trial Live is set to sweep the nation. While offering those who are lucky enough to secure tickets to partake in a national social experiment, its aim is to test the robustness of the UK’s judicial system. In a world first experiment, a live murder trial will take place over the course of the evening and you, as an attendee, will decide the outcome. On trial is Mr Frank Lane who is accused of murdering his wife Alison Lane on 25th March 2017, however, no body has been found.

The experiment produced by leading barristers and the ITAE Group will test the robustness of the UK Jury system by testing the outcome at 40 replicated experiments all over the UK each with a different Jury. The experiment has been produced by a team of leading criminal barristers, including the barrister behind the production of the hit Channel 4’s series ‘The Trial -a murder in the family’.
The trial, presided over by our judge, will begin where the prosecution and defence will call witnesses to the stand to give evidence for the prosecution’s case. This evidence will be cross examined by the defence and the Jury must make up their minds. Innocent or guilty? They decide…

Executive Producer Samuel Piri said, “There’s a real current appetite for crime and justice programmes at the moment and we wanted to test how fit for purpose our justice system is in this modern age. The fascinating thing about this experiment is that the same trial and evidence could produce different verdicts in different locations – it’s fascinating.”

To quality assure the experiment the production has been managed by an in-house legal team to accurately reflect what a Jury is privy to in a real court case. The evidence presented and the people involved are all authentic. Following the trial, you will deliberate at your table before giving your verdict – exactly like a real Jury.

Alex Khan from London-North Western Trains attended a screening event said “The experience was incredible, there were people who had made up their minds before they had even sat down. The whole thing is a mind game, a man’s liberty is at stake here and the weight of responsibility is huge. I began to question my own decisions.”

The ITAE Group are seeking 150 jurors at the experiment which is taking place at at various locations across the UK and Ireland this summer. Tickets cost £55.00 and include a two course meal before the trial begins. Jurors can sign up to take part at www.themurdertriallive.co.uk.