Carlisle Lake District Airport has made history after launching commercial flights for the first time in more than 25 years this morning. The inaugural service to Dublin Airport took off following a blessing from The Archdeacon of Carlisle, The Venerable Lee Townend.

The Stobart Group-owned and operated airport teamed-up with Loganair to offer air links to and from Dublin, London Southend Airport and Belfast City Airport, opening Cumbria and the Lake District region to the South East of England, Northern Ireland and The Republic of Ireland. 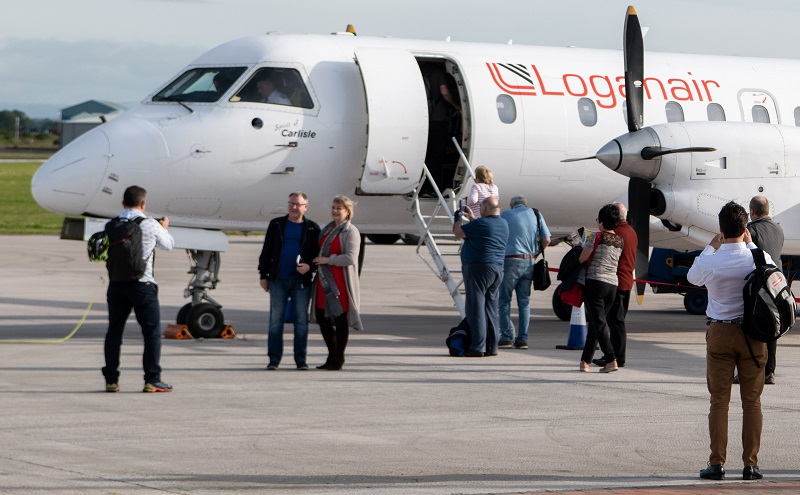 The airport, which once served as an RAF airfield, was transformed thanks to a new and modern terminal, its own Borderlands Café and new runways and taxiways.

Amongst other top attractions and business destinations, Carlisle Lake District Airport is situated next to two UNESCO World Heritage Sites – the Lake District National Park and Hadrian’s Wall, the former frontier of the Roman Empire in the UK.

The region’s businesses, including BAE Systems at Barrow-in-Furness and Sellafield, will also benefit from quick, easy and affordable flights. Routes went on sale earlier in the year via www.loganair.co.uk, with fares to Belfast City starting from £39.99 and to Dublin and London Southend from £44.99 – including 20kg of baggage allowance.

Some of Cumbria’s best-known producers, such as The Lakes Distillery and Grasmere Gingerbread, are displaying at the airport as part of a celebration of the region today.

Kate Willard, Director of Partnership Development for Stobart Group, said: “We are made up to see this amazing project launch today. Not only is this airport a significant new part of the Northern Powerhouse’s transport infrastructure – it is also a shining beacon of confidence and pride for Cumbria, Carlisle, the wider Lake District region and the Borderlands.

“I would also like to pay tribute to our passionate and amazing workers and thank all of those many individuals, organizations and businesses – including our partner Local Authorities and the Cumbria LEP – who have held our hands through this long journey. Thank you.”

Jonathan Hinkles, managing director at Loganair, said: “This is an historic day for both Loganair and Carlisle Lake District Airport as the first commercial air services for 26 years take to the skies.

“These three routes will be a complete game-changer for the region’s connectivity with London and Ireland – extremely beneficial for the business community and highly convenient for tourists booking breaks to the Lake District.

“Congratulations to everyone for working so hard to make this possible. We’re very much looking forward to welcoming the first customers onboard.”

Transport Secretary Chris Grayling said: “It’s fantastic to be here as passenger flights return to Carlisle airport for the first time in 26 years, bringing new connections, jobs and investment to the region.

“Our Aviation 2050 strategy outlines our ambition to support regional airports and today’s announcement will bring new international opportunities for the north west.”

Northern Powerhouse Minister, Jake Berry MP, said: “Giving businesses and communities in Cumbria – the true North – the investment and connectivity they need to flourish lies at the heart of our vision for the Northern Powerhouse and our ‘whole North’ approach to building a rebalanced and prosperous economy which works for everyone.

“I am proud to witness the first commercial flight to Carlisle Airport in a quarter of a century thanks to support from the Government’s Local Growth Fund. This will not only boost the free-flow of goods, people and services, but also drive national and international tourism to this beautiful part of the Northern Powerhouse.”

“The £4.95 million Growth Deal funding to improve the runway and terminal facilities is an important investment that has helped enable commercial flights to and from Carlisle, providing wider global access via international hubs and direct access to the county’s wide range of businesses and visitor attractions.”

Gill Haigh, Managing Director of Cumbria Tourism, said: “Opening up new markets is vital in a competitive and fast-paced visitor economy and today’s launch is an exciting day for Carlisle, for Cumbria and for the county’s £3 billion tourism industry.

“We know from working with the Irish markets, that there is a huge appetite for these new routes and there is a great opportunity to link up with transatlantic flights and the lucrative US market. Our own visitor survey also demonstrates a growth in visitors from the South East, so the Airport is providing further accessibility and convenience for these passengers.

“Just imagine being in a busy central London office on a Friday afternoon and then dipping your toes in the lake as you enjoy the sunset over the stunning Lakeland fells later that same evening! With culture and heritage, adventure, and authentic food and drink, this new alternative transport option brings some unique experiences closer to people than ever before.” 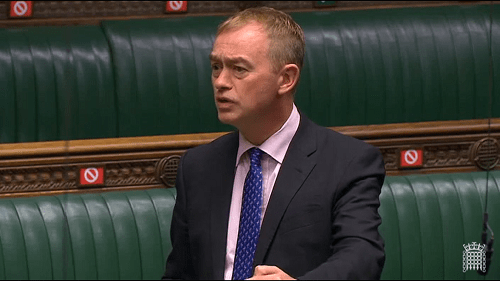 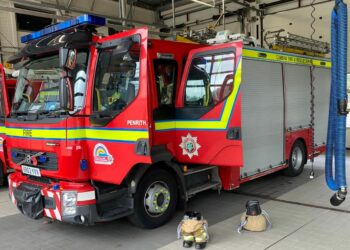 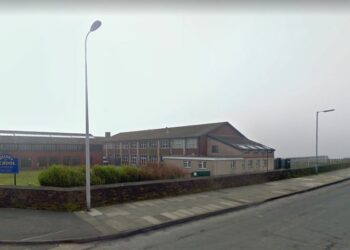 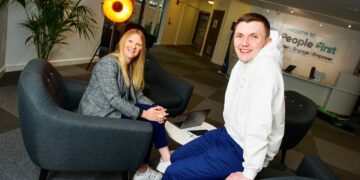 A network for HR professionals is being launched by a Carlisle-based agency.