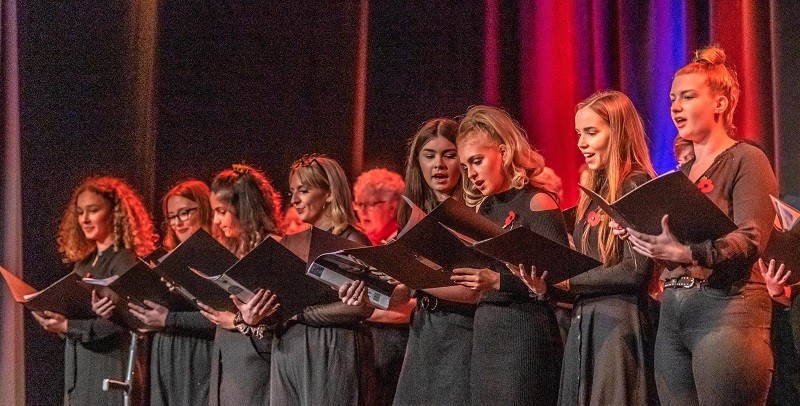 Barrow’s ‘pivotal and crucial’ role in to the continuation of Operation Relentless, the provision of the UK’s Continuous At Sea Deterrent (CASD), was highlighted at an event held at the Forum in Barrow (Wed 23rd October.)

Ship and submarine launches dating back to the 1900s recorded on black and white film for posterity were shared with a capacity crowd at the venue organised by the North West Film Archive and supported by BAE Systems to mark the 50th anniversary of CASD.

Called ‘Furness on Film’ the event also featured a collection of rare colour footage that included the launch of HMS Resolution – the first of class which carried the deterrent for thirty years – as well as a documentary dating from the 1960s showing apprentices learning their trade.

Geoff Senior, from the North West Film Archive, said: “Because of the area’s varied past, there is a wealth of footage to choose from and it was a pleasure to share it with such a large and engaged audience. It was so popular we may well repeat the event next year and show more films that we know prompt such pride in this part of the north west.”

Twin sisters, who were filmed presenting the Queen with a bouquet of flowers at the launch of HMS Sheffield in 1971, were special guests at the Forum. Ann Grenville and her sister Sheila Fenwick worked in shipbuilding and engineering and were invited to represent both sectors at the launch ceremony. Presented with a bouquet of flowers by BAE Systems and the North West Film Archive they spoke of their pride at being Barrow born and bred.

As well as the collection of films, the audience were treated to the first performance of the shipyards’ newly formed choir ‘Subranos.’ Led by University of Cumbria musical director Tim Jasper, thirty members of staff, drawn from all walks of life, have spent the last month learning a variety of songs which they performed for the first time in public at the event.

Neil Doherty, BAE Systems’ Management Advisor for Corporate Social Responsibility, said: “Whether members of the public or colleagues, there was a real sense of pride among the audience tonight. To hear about and see footage of the groundbreaking engineering that has gone on over the years and hear about the amazing work that continues today will doubtless inspire many.”