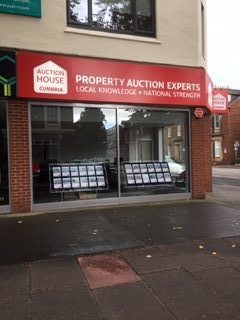 Colin West, 61, pleaded guilty to one charge of a “trader in commercial practice under the Consumer Protection Act for Unfair Trading regulations 2008, in that he made a misleading omission in its factual context omitted materiel information a misleading omission, the property was advertised with a “pleasant rear garden with an open field behind, where in fact most of the garden was not included in the legal title” and as a result caused or was likely to cause the average consumer to take a transactional decision he would not have taken otherwise.

Jonathon Farnsworth prosecuting on behalf of Cumbria County Council and the Trading Standards told the court  Mr West was the auctioneer at the time of a sale of a property at Durdar which was sold for £69,000 it then became known that the full garden as advertised was not included in the legal title, but the buyers did not own and could not obtain the legal title.

The prosecutor said this was not a deliberate act by West.

The court was then informed that a local farmer owns the field of which forms a part of a gardens in that area of Durdar the judge was told the farmer does charge a nominal fee for the householders to use as a garden.

Defending Simon Nichols told the judge Mr West is a respected auctioneer and this was never an intentional matter is was a genuine mistake.

West served in the Scots Guards and then the Metropolitan Police, he “got fed up of wearing uniforms” so started working as an auctioneer said the lawyer, this was a genuine mistake and this misrepresentation was a genuine omission of the facts, this could damage his business.

The judge said this was an unsatisfactory case, but that West has a duty of care when selling properties, however agreed that this was not a deliberate act but a mistake.