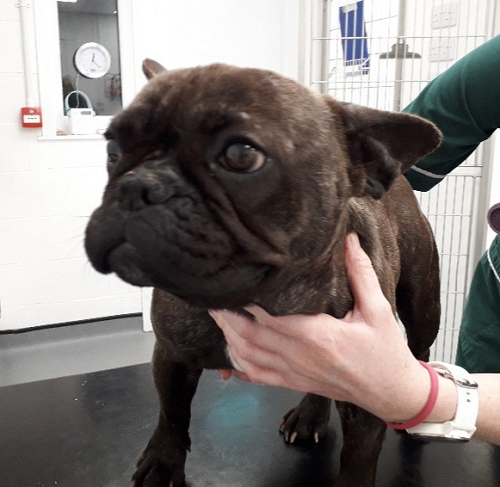 North Yorkshire Police are appealing for help in tracing the owners of a female French bulldog which was seized from a car, following a police pursuit in York.

At around 9.30pm on 28 January 2020, a light blue BMW 3 series failed to stop for police on Foss Islands road in York. Following a short pursuit, the vehicle was stopped and the 18-year-old driver from Doncaster was arrested. He has since been charged with dangerous driving, driving otherwise in accordance of a licence, failing to stop and driving without insurance.

Following the stop, on searching the vehicle, officers found a female French bulldog in the boot of the car.

She was taken to a local vet where she was checked over and found to have no injury and be in good health. She is believed to be around two years of age and is a brindle colour.

The dog is micro chipped, however police enquiries have not be able to locate her owner, so officers are now appealing for the public’s assistance to locate the owner and reunite them with their dog.

Anyone with any information which could help the investigation is asked to contact 101, select option 2 and ask to speak to PC 1076 Paul Fenwick. You can also email [email protected] – please quote reference 12200016083.

The dog is currently doing well and remains in the care of the local vet.