The Australian Marmalade Awards Return for 2019 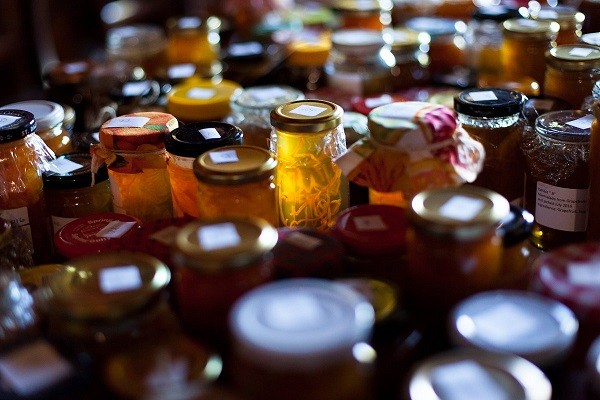 Jane Hasell-McCosh, founder of the World’s Original Marmalade Awards, is once again travelling to Australia to help judge at the sister event in Adelaide.

Jane founded the Marmalade Awards at her home Dalemain Mansion in Cumbria in 2005, and is delighted to see the Awards ‘down-under’ going from strength to strength. The Australian Marmalade Awards & Festival are now in their 4th year, and receive entries from marmalade enthusiasts across the country.

The Australian Marmalade Awards & Festival were launched in 2016, in partnership with the South Australian National Trust, following years of successful Australian entries into the international competition at Dalemain. Each year the Dalemain event receives thousands of entries from over 40 countries worldwide, but the enthusiasm of the Australians stood out, and led to plans for a national sister event. The Australians have leapt at the chance to hold their own Awards and Festival, which has expanded from southern beginnings to accept entries from across the country. They are confident that this year will be their best yet.

Jane Hasell-McCosh says: ‘Each year the Australian Marmalade Awards & Festival gets better and better, and I cannot wait to return to Adelaide and taste all of the wonderful entries, made from fresh, local fruits. It is amazing to think that from Cumbrian roots the Marmalade Festival has spread to the other side of the Globe, where it continues to flourish.’

The competition has now closed for 2019 and the Awards and Festival will take place on Sunday 13th October at Beaumont House, Adelaide, the home of Australian marmalade. All entries will be on display in the state rooms, where they will be serenaded by Australian jazz! There will be activities, food markets, citrus lectures and more.