Jordan Mossom is a 24-year-old photographer based in Maryport, who graduated from the University of Cumbria last year with a BA (Hons) in photography.

Since graduating and during his final year, Jordan’s stunning photography has received a tremendous amount of praise for his attention to technical detail and his ability to capture his subject matters in a dynamic and visually gorgeous manner.

Amongst his achievements so far, Jordan has been interviewed by the BBC, had his work published in Rail Magazine and Steam Railway Magazine and has covered events such as Jigsaw at Children’s Hospice, Carlisle East Fire Station open day and more.

One of Jordan’s self-portraits featured on the front cover of Campaign, the newsletter for supporters of Muscular Dystrophy UK.

It really started as a hobby. I’m a train enthusiast, so I’ve spent a lot of time watching trains and I would photograph them and then over time it progressed into going to college to do photography. From here on I then thought ‘let’s break some boundaries, get a degree and make a career out of it.’

And now, in the past three years, while I’ve been at university and graduated, I’ve developed a more documentary-style approach in my photography.

I do think photography is part of me. Sometimes it’s like a bit of a release for me to get away from everything to do with my disability, so it’s a form of escapism really.

How would you describe your style of photography?

I don’t have a style per say, but I do mostly lean towards documentary-style photography. I prefer to document things rather than do a staged photograph so to speak.

When I was doing it as more of a hobby and going up to photograph trains and that, I would document what’s going on around everything rather than just like a normal snapshot of a train, more the people behind it and that sort of thing.

I do think that my photography style has changed over the years with the practice and finetuning, because when I was just doing it more as a hobby it was more like ‘I just want the photograph’ but now I’m more precise and particular about how I want my photographs to look.

I try to keep it in the style I like, not overdoing it and having the images show the emotion and not have it overlaid with so many Photoshop tricks.

I also like to archive things so having the raw photographs makes it easier to archive them onto my external hard drive and I’ve got years of all the photos I’ve taken.

It’s nice to look back on them and compare them to the images that I take now, it’s good to cherish them all.

What inspires and influences you as a photographer?

I also enjoy the black and white style of work in photography, I think it shows more depth in the image than you would find in something in colour. There’s also quite a timeless feel to it.

You have received a lot of praise for your stunning ‘Daytime Disability’ documentary project, could you tell us more about your decision to create this project?

To start off with, I originally wanted to do a project where I documented my life on film and make it a series that showed me trying to be as independent as I could and by using the film camera and using the darkroom to develop the images and everything, but then because of the lockdown last year, I was unable to use the dark room, so I had to switch to digital.

I then came to the realisation that I could document my daily life at the start of the lockdown and show people what it’s like to live with a muscle wasting condition.

Do you have a favourite photo or photo series that you have created? Why is it your favourite?

I would have to say that the daytime disability ones, just because it took a lot of confidence to show those images and create them in the first place and I’m normally quite a shy person so, having the confidence to do something like that was a big deal, it was very rewarding.

I was worried about what the response would be to some of the images because they’re a little bit in your face.

For example, with the ones with the medical equipment I was worried that people might think ‘why is he showing that?’

But overall, I definitely think it was a good idea to show the medical equipment and give people more understanding and show a day-to-day life that is just like everybody else’s but a little different. It also spreads awareness to people who might be coming up to that point in their lives where they might need the medical equipment that I’ve used and photographed in my project.

It was only after I finished the project and got the positive responses that I did that I realised it might actually help people who might have muscular dystrophy or the families of people that have muscle wasting conditions and show that life is just as normal even when you have all the medical equipment and support staff and that you can still be independent.

We truly adore your photo series ‘Accessibility – A Weekend Away,’ do you feel it is important to document and draw attention to the issues surrounding accessibility? If so, why?

Obviously, accessibility is a big thing, and with the lockdown and everything, and all the outdoor seating spaces that block pavements and stuff, I think it’s good to highlight it.

In those photos it was mostly about using trains and show how it is easier to access those even though on the railways it is still quite tricky with access. Not all stations are accessible and with the trains not being the same height as the platform, you need a ramp and it’s not really good for independence.

Showing something like that helps, I like to help spread the message because there’s plenty of disabled people that get left behind on trains and can’t access things. It’s important to make our voices bigger.

Do you think that in Cumbria we need to focus more on accessibility?

In Cumbria definitely. I mean we’ve seen some improvements, there’s the Keswick to Threlkeld path that they put Tarmac down on, but some people were getting quite angry about it because apparently it spoils the area, but it makes it easier for people in wheelchairs and those with buggies to be able to use it.

In Maryport at the minute the only public disabled toilet in the town and the toilet block is closed, nobody can use it and they’ve actually installed two portable toilets beside the pub in the meantime.

This can obviously be a big problem for families and disabled people that need to use the facilitates like that. There’s definitely a lack of accessibility in the Lake District generally.

What future plans and goals do you have for your career?

Last year I was looking into doing my masters but with the pandemic I decided to wait. I’m now thinking about doing it possibly this year or next year when everything is a bit more back to normal.

What advice would you give to someone looking to start photography?

I would say just go for it. You don’t need an expensive camera to do it either. You can just use your phone or even just get a cheap camera like a throwaway disposable one, don’t worry about not having the best kit in the world, you just need a camera that takes pictures and lots of practice really.

All images belong to @jordanmossomphoto 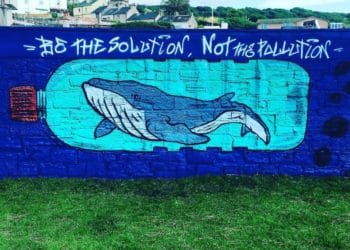 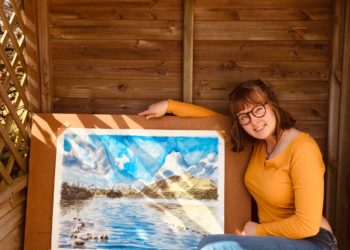 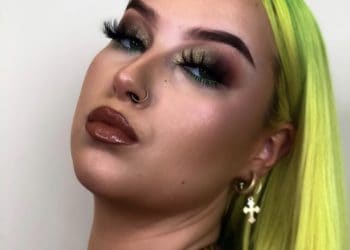 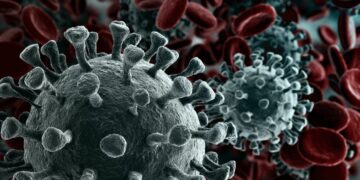 The number of new cases of COVID-19 in Cumbria has fallen by more than 50% - suggesting the county has...