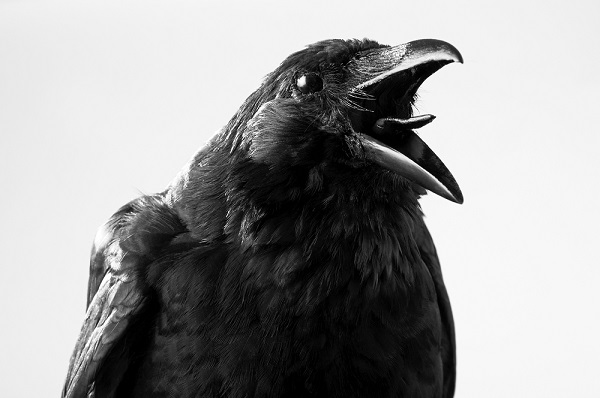 [L]ike a scene from Alfred Hitchcock’s classic film “The Birds”  A crafty crow, nicknamed “crazy crow” by the residents of Lochinvar Close, Longtown, Cumbria, has been ruining the lives of mother Stacey Cowan (35) and her family for weeks.

It has vandalised cars, tapped on windows and dodged bullets in its four week reign of terror.

Speaking exclusively to Cumbria Crack the terrified mother explains the attacks “started at least four weeks ago. Every time I was getting in my car there was scratches on the windows, mirrors and doors.

“At first for about a week we thought that teenagers were doing it as they have in the past, however, one day as we pulled up to our car park we noticed a massive black crow pecking at a silver car that was parked up. We then realised it wasn’t teenagers that were damaging the cars.”

Stacey, the mother of two boys, who lives on benefits was furious to find out that after a few weeks the crafty crow made things worse as it started “banging on my bedroom window, my children’s bedroom windows my next door neighbours window too.” 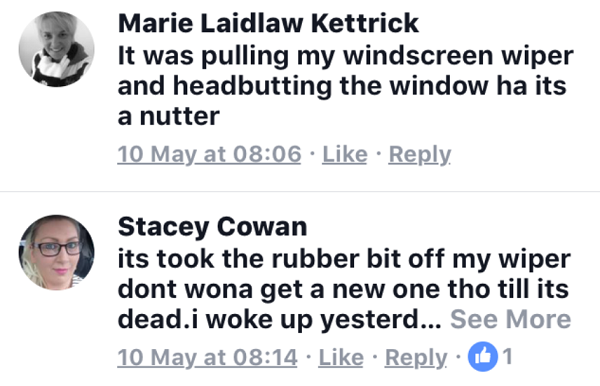 The crow has also been giving Stacey and her family early morning wake up calls, She said: “It just wants to wake us up every morning at 5am, 8am and 10am.

“I am shattered with only getting three hours sleep most nights, so are my kids and it’s very stressing. I have tried moving the car and covering the car up with sheets but nothing works. People say its a clever bird and started attacking my windows because I noticed it doing the damage.”

Concerned for the welfare of her family Stacey thinks it won’t be long before the sneaky bird attacks someone, “I have a feeling it will as it isn’t a shy bird, it can attack the car while your standing a couple of feet away, or attack my bedroom window when I’m standing looking out of the window.”

Disillusioned residents and Stacey have taken matters into their own hands by trying to shoot the crow after asking both the RSPCA and Riverside Housing for help but to no avail. 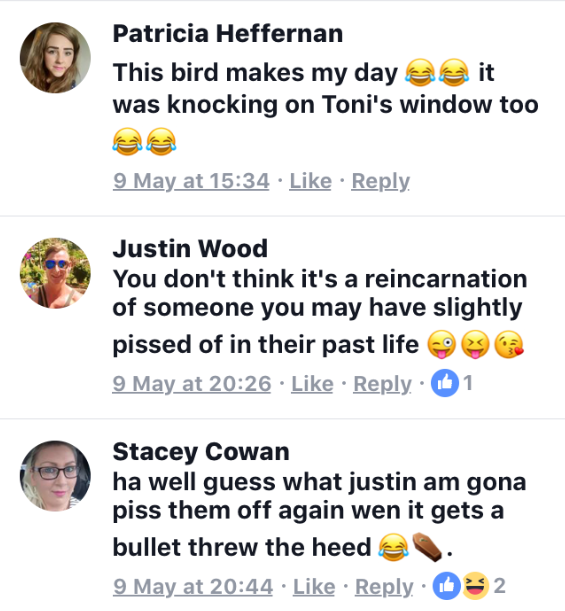 Risking people’s lives by shooting aimlessly at the bird Stacey explains: “I have lost count at the amount of times people have tried to shoot it. It’s quite difficult as I live next to a park. The best time to shoot it is through the day whilst the kids are at school.

“However, through the day men are at work and by time they get home and here to shoot there is normally a handful of young kids playing at the park.

“When they are there you can’t get the gun out let a lone take a shot. One day when there was no one out my partner went out with an air rifle to kill it. It was the perfect opportunity but the crazy crow wasn’t stupid and knew exactly what he was doing. As soon as it saw the gun it was flying around him and landing. My partner would get the gun ready again but then it would just fly round him for a bit then land again.”

Shockingly there is now a competition circulating on Facebook to see who can kill the crow first. 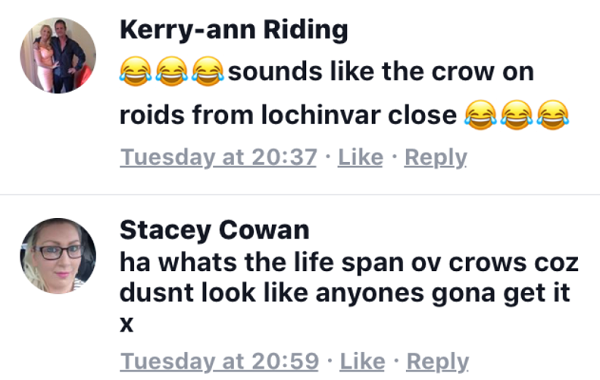 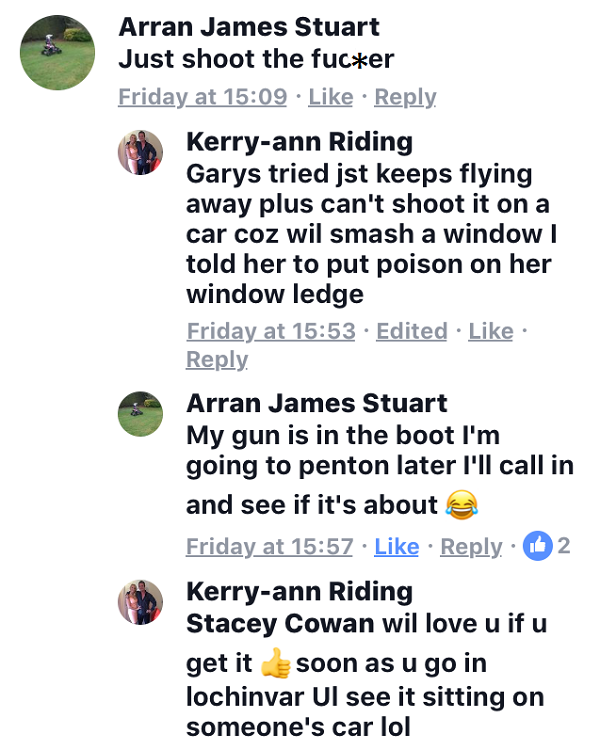 The RSPB highlight on their website that: “Crows, jackdaws and rooks are protected under the Wildlife & Countryside Act 1981 and the Wildlife (Northern Ireland) Order 1985. This makes it illegal to intentionally take, injure or kill them, or to take, damage or destroy an active nest or its contents.”

Stacey hopes that this appeal will help someone  “get rid of it [the crow] in any way they can” and explains that she is “on benefits with two children and struggles to keep her car on the road.”

Commenting on Riverside housing association she said: “I just feel like Riverside don’t care about their tenants as long as they get their rent and I can’t see anyone catching this bird.”

Cumbria Crack have asked Riverside Housing and the RSPB to comment but as of yet they both have failed to reply.

Fly-tippers who dumped a mattress and other rubbish in a country lane have been condemned by council chiefs. The rubbish...