[P]olice Scotland officers are appealing for witnesses in a case of sheep worrying on the farmlands at Meikleholm Side, Annan Water, Moffat.

On the morning of Sunday 28 January 2018, the farmer at Meiklehom side came across four pregnant sheep with serious injuries. As a result, three of the animals had to be humanely destroyed by a vet.

It is believed the animals may have been attacked by a dog or dogs in a case of sheep worrying.

Constable John Cowan said “it appears from what we know that a dog or dogs have attacked the flock of sheep during the morning of Sunday 28 January 2018.  We are asking the local community to help us trace the dog(s) and the owner.  Anyone with any information which might help in this investigation is asked to call us at Lockerbie on the 101 number.

In a second incident, a 30-year-old man was charged with sheep worrying after his dog allegedly chased two sheep around a field near Mouswald on Sunday (28th January 2018). 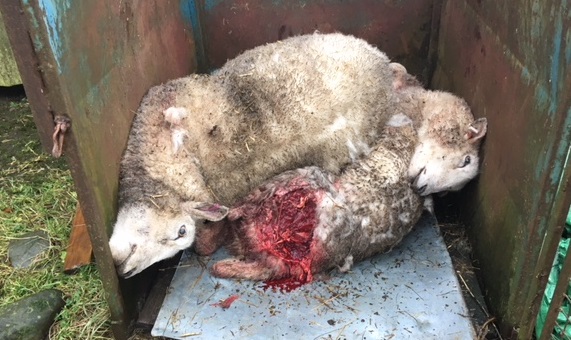