Lakes Line could be closed for over a month 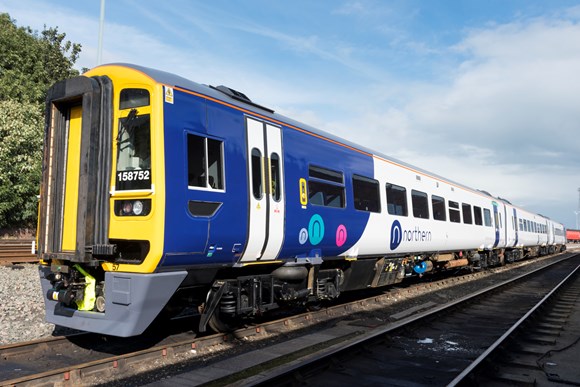 [N]orthern has informed Transport for the North that to reinstate services on the Lakes Line, after two weeks of the interim timetable, would be likely to lead to further delays and unscheduled cancellations on this line and across the wider network.

Transport for the North Partnership Board members recognise, reluctantly, that insisting rail services are restored in week 3 of the interim timetable would be likely to see a return to an unreliable service in Cumbria and further afield.

Transport for the North now urges Northern to present options for restoring rail services on the Lakes Line as soon as possible, at the very latest week 5 of the interim timetable.

John Cridland, Chairman of Transport for the North, said: “It’s disappointing that we are in this position, as communities and businesses rely on the Lakes Line service. Northern must now do everything they can to get a train service running again on that line as soon as possible. This cannot go on for a prolonged period.

“Northern has said that passengers would be likely to experience further cancellations and unscheduled delays across the Lakes and wider network if services are reinstated. As the voice of the North’s communities, we cannot responsibly insist that they take that operational decision. The passengers come first.

“Let us be clear, our support for Cumbria is unwavering. We are urging Northern to look at all ways in which a rail service on the line can be restored by the beginning of July at the latest.”

Sharon Keith, Regional Director at Northern, said: “Earlier this week we introduced temporary timetables on several routes in the North West to give customers much more certainty about the rail services which will run.

“As part of this, we announced that we were removing all rail services on the Lakes Line to and from Preston, Lancaster and Oxenholme for an initial period of two weeks, and were instead providing a replacement coach service to keep people who live, work and visit the Lake District on the move. This has included express coaches in operation for commuters, stopping services for tourists and special buses for school children – ensuring customers are able to continue to travel along the Lakes Line and enjoy all the Lake District has to offer.

“It has since been agreed with Transport for the North that this closure – and the provision of rail replacements services – will run for a further two weeks until Sunday 1 July. This will enable us to provide a more reliable service in the region and help deliver training for our drivers, so that rail services on the Lakes Line can be reintroduced in a way that provides more certainty to passengers.

“In addition, from Monday 11 June, we will be increasing the frequency of coaches in operation between stations on the Lakes Line to give our customers even greater flexibility and help them plan onward journeys with confidence.”

Sharon added: “We will be working closely with our stakeholders in the region to develop a marketing campaign to highlight all the Lake District has to offer and to assure anyone visiting the world heritage site that it is very much open for business.

“We are determined to provide the best possible service for our customers on the Lakes Line and will continually monitor our performance and the efficiency of the road transport we are currently operating. As part of this we will be seeking feedback from our customers and local stakeholders to ensure we are providing a service that keeps the Lake District on the move.”

Commenting on the news that Northern have asked to extend the initial two-week closure of the Lakes Line for a further two weeks, local MP Tim Farron said: “The Transport Secretary made a promise to me in the House of Commons on Monday that he would not accept any bid to extend the suspension of rail services on the Lakes Line.

“He must now keep his word, and not sign this off.

“Northern could have been a lot cleverer and instead run a shuttle service between Oxenholme and Windermere, as suggested by Liberal Democrats on the County Council, without affecting services in and around Preston or Manchester.

“But instead they’ve simply given up trying to run a train service – it’s time for the Government to sack them.”