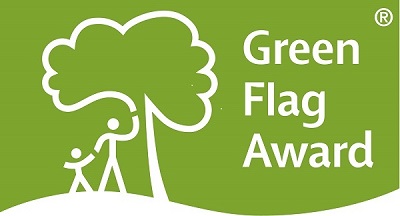 [C]hance’s Park in Carlisle has been recognised by the Green Flag Award Scheme as one of the very best in the world.

The park is among a record-breaking 1,883 UK parks and green spaces that has received a prestigious Green Flag Award – the mark of a quality park or green space.

This international award, now into its third decade, is a sign to the public that the space boasts the highest possible environmental standards, is beautifully maintained and has excellent visitor facilities.

Cllr Chris Southward, Portfolio holder for Environment and Transport, said: “We are absolutely delighted to receive a Green Flag Award for the eighth year in a row. We know how much quality green spaces matter to residents and visitors, and this award celebrates the dedication that goes into maintaining Chance’s Park to such a high standard. The Friends of Chance’s Park deserve a lot of praise and we’d like to thank them for their continued support.”

“Each flag honours the thousands of staff and volunteers who work tirelessly to maintain the high standards demanded by the Green Flag Award. We are proud to have so many wonderful green spaces in the UK for people to enjoy, and hope that next year, we award even more flags.”

The main entrance to Chance’s Park and the community centre is off the Wigton Road (A595). There is pedestrian access off Dunmallet Rigg, Wigton Road, Dunmail Drive, Park Road and Langrigg Road.

The areas of interest are:

Visitors to Chance’s Park are offered a variety of recreational features: