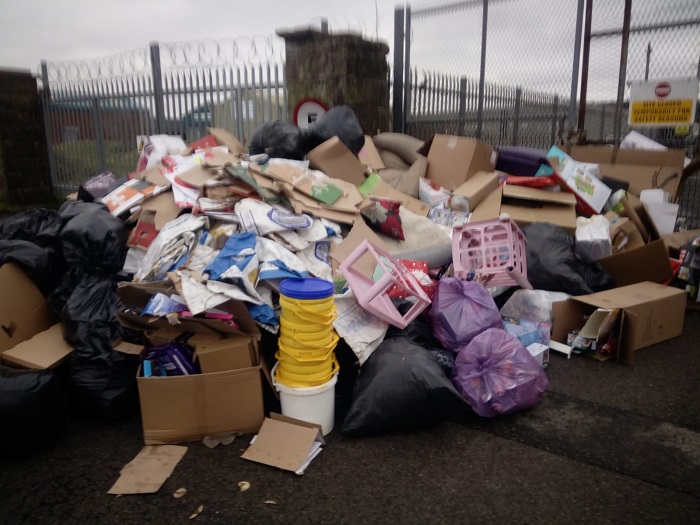 Allerdale Borough Council is taking action after several cases of fly-tipping caused a major build-up of waste in Workington on Boxing Day.

A number of people left waste items outside the gates of the Household Waste Recycling Centre (HWRC) on Solway Road, which was closed on Christmas Day and Boxing Day.

The Council has since been able to identify five individuals after finding postal addresses amongst the waste and are being used as evidence. Letters have been sent to the individuals warm them that they could be called in for an interview under caution.

Councillor Michael Heaslip, Executive Member with responsibility for environmental quality, said: “Fly-tipping is against the law and the Council takes it incredibly seriously. There are serious consequences for culprits and we will not hesitate to issue fines, or even take them to court.  Always check the opening hours of the HWRCs before you make your journey, and if you find that it is closed then take it home with you until it has reopened. Please don’t be careless.”

Cumbria County Council have responsibility for the HWRCs. For information on opening times and what items they will take, visit www.cumbria.gov.uk.

Report any fly-tipping to Allerdale Borough Council using its free ‘myAllerdale’ app or online at www.allerdale.gov.uk.