More than 280 potential weapons handed in during Cumbria knife surrender 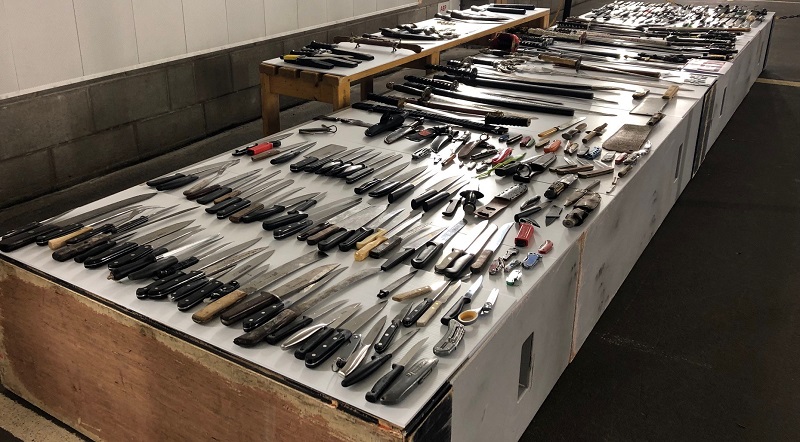 More than 280 blades and potential weapons – including Samurai swords, machetes and throwing stars – are now in the hands of the police following a week-long knife surrender in Cumbria.

Scores of knives were handed in at stations across the county during Operation Sceptre, which was a national operation to tackle knife crime.

During the week running up to yesterday (March 18), people were able to anonymously hand in unwanted knives and blades to surrender bins at front counters.

The operation led to a total of 282 potential weapons being put in the possession of the police.

As well as knives, these included cleavers, utility knives and metal forks. 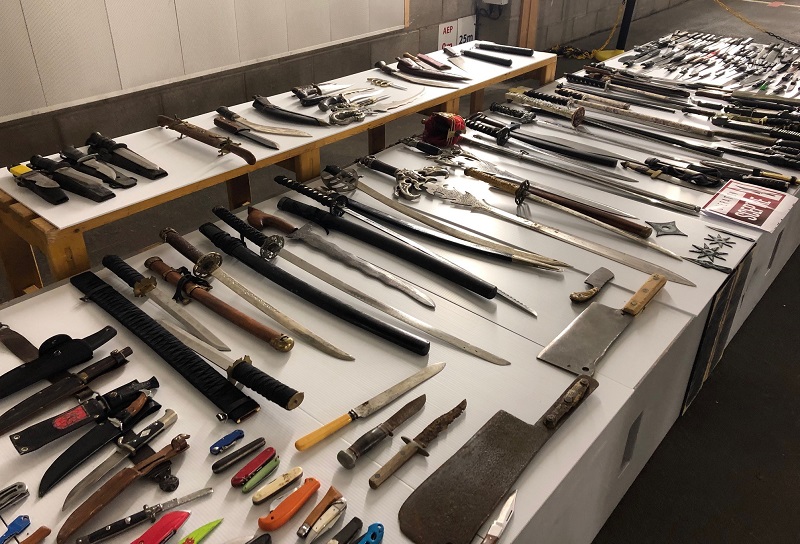 People across the county took notice of the message of the surrender, with dozens of knives handed in at the constabulary’s Workington, Whitehaven, Carlisle, Penrith, Kendal and Barrow stations.

During the same operation carried out last autumn a total of 113 potential weapons were received by Cumbria Constabulary.

Cumbria continues to see a lower number of offences than other areas of the UK.

But officers are not complacent.

Operation Sceptre is run regularly in Cumbria – and each time a large number of knives have been handed over.

Superintendent Mark Pannone said: “Once again, Operation Sceptre has proved its worth.

“Many potentially dangerous blades have been handed in from members of the public and now cannot be used to hurt anybody.

“We have no knife crime culture or gang culture in Cumbria – and we want to keep it that way.

“This operation highlights the issue and offers the opportunity for people who may be worried about a knife in their possession – or the possession of someone close to them – to hand them over.”

Supt Pannone said the rise in blades handed in showed the correct message was getting out to people.

He added recent national headlines about knife crime could have highlighted the issue in people’s minds.

“Whatever the reason, Cumbria is a safer place for getting these knives out of the community and into the possession of the police,” he said.

“The danger of these knives and blades is that they could fall into the hands of the wrong people.

“We take the issue of knife crime extremely seriously.

“I’d once again like to thank those who have handed knives and blades in during the surrender.

“They have contributed to making Cumbria a safer place.”

Cumbria’s Police and Crime Commissioner, Peter McCall, said: “Operation Sceptre has been going on all over the country and here in Cumbria we have seen 282 weapons handed in.

“Each one of these could have been used to cause very serious or fatal injury.

“Nobody has any reason to carry knives on our streets and, if you do, you endanger yourself as well as others; there are no excuses and anyone caught will be dealt with robustly by the police.

“I strongly urge anyone tempted to carry a knife to think again: Don’t do it, do not put yourself or others at risk.

“I also encourage parents, friends and relatives to be mindful of what young people are up to; we do not want tragedies such as we’ve seen elsewhere in the country.

“Those who carry knives and weapons often become the victim.

“If you can’t stop the person carrying a knife, please report it, anonymously if necessary to Crimestoppers, you could be saving a life.”