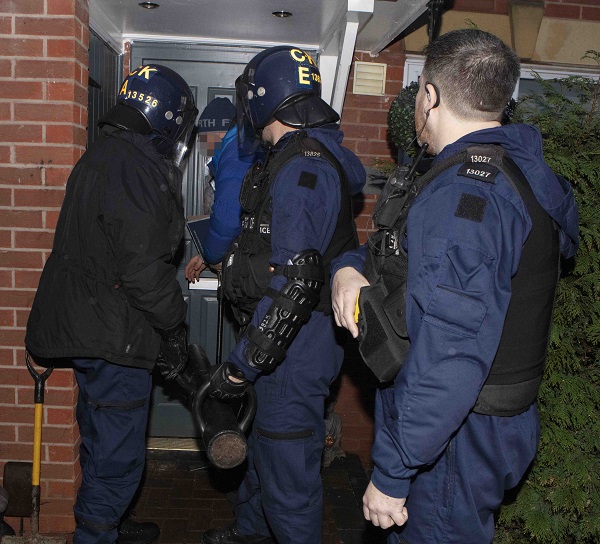 The North West Regional Organised Crime Unit (ROCU), working with North West Police Forces and partners have made more than 544 arrests and seized over 4500 kilograms of drugs during the past 12 months (April 2018 – end March 2019).

In 2018/19, NWROCU officers, working with North West forces and partners, arrested over 544 people, secured jail sentences of over 2080 years, recovered 45 firearms, and seized over 560 kilograms of Class A drugs and just under 4000 kilograms of Class B drugs.

More than £28 million has also been confiscated by the unit from convicted criminals under the Proceeds of Crime Act.

Emily Higham, Head of the Regional Organised Crime Unit, said: “It’s been a really successful year for the North West ROCU in our fight against serious and organised crime across the region.

“We’re here to help take down the most serious, hardened and organised criminals who pose the more serious threat to our communities. Thanks to the hard work of our officers, officers within the North West police forces and our partner agencies, a large number of prolific criminals will be spending time behind bars and we’ve taken a significant quantities of drugs and illegal firearms off the streets.

“We’re looking forward to continuing our mission to protect the communities within the North West from serious and organised crime in 2019.”