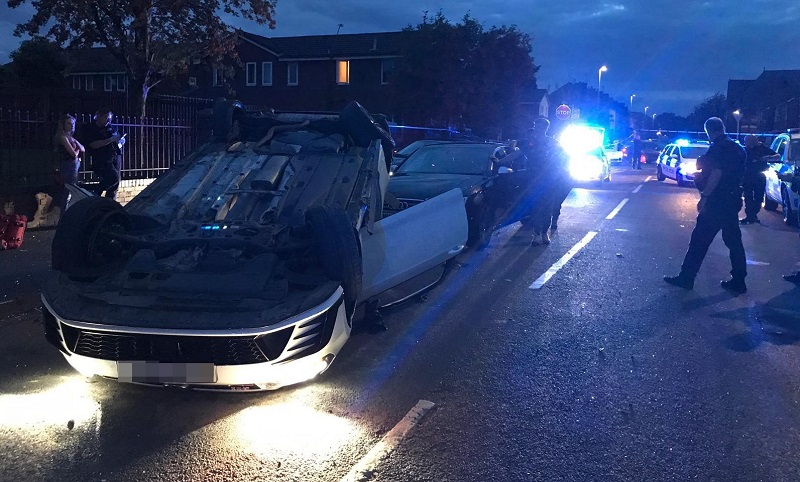 The driver failed to stop for officers and drove off at speed. A stinger was deployed to reduce the risk of a high speed pursuit and bring the vehicle to a safe stop.

The tyres were successfully deflated on Ashton Old Road, but the driver still attempted to drive off at speed. While the car was driving across the junction on Lees Street, Openshaw, it collided with a second car where the driver of the Golf lost control and hit a brick wall, resulting in the car landing on its roof.

The driver and passenger of the second car were not injured but were badly shaken from the ordeal.

The driver of the Golf, a 29-year-old man was arrested on suspicion of burglary and dangerous driving.

Both the man and passenger in the Golf suffered minor injuries.

Anyone with information is asked to contact police on 101 or the independent charity Crimestoppers on 0800 555 111.