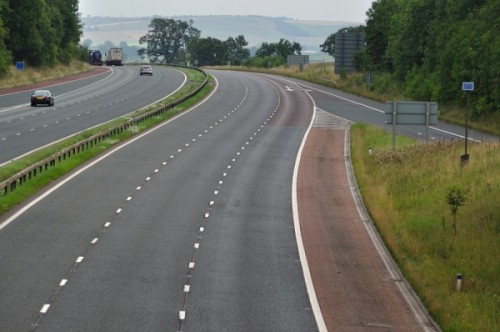 The M6 was closed between J36 and J39 this morning after a vehicle drove the wrong way down the northbound carriageway.

Police were called to the incident at 7:32am, after a report of a vehicle driving at speed, the wrong way on the M6 northbound.

Despite no one being injured and police confirming there had been no collision the M6 was closed in both directions for several hours.

A Cumbria Police spokesman said: “A 34-year-old man from Scotland, has been arrested on suspicion of driving whilst under the influence of drugs and dangerous driving.

“Officer attended the scene and the suspect vehicle was located abandoned on the northbound carriageway.

“Due to a report of potential firearms involvement, armed officers were deployed as a precaution. Following a search of the vehicle and the area no firearms have been located.

“Specialist officers were deployed strategically to the scene and the search was supported by a National Police Air Service helicopter. There was no perceived threat to the wider public.

“The road closure was maintained to protect the public in the area whilst investigations and an arrest were carried out.

“There were no reported injuries or collisions resulting from the incident.

“Police would like to thank the public for their patience and understanding during the closures resulting from this incident.”

Police are urging anybody who may have witnessed the vehicle driving, or who may have relevant dashcam footage to urgently make contact.

If you are able to assist please ring Cumbria police on 101 quoting reference number 66 of the 3rd of August, or call Crimestoppers anonymously on 0800 555 111.