Police have confirmed that a man who was trapped at height on Dixon’s Chimney in Carlisle and later recovered during a multi-agency operation has been confirmed as deceased.

Paramedics pronounced the man, in his 50s and from Carlisle, deceased at the scene at around 4.45pm.

The man was reported trapped at about 2.20am today. A rescue operation was launched and a multi-agency group was later convened. 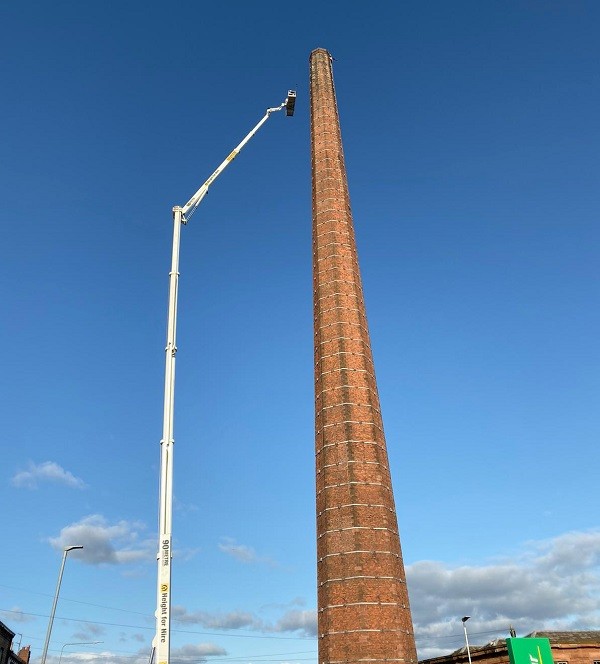 “All agencies worked as quickly as possible to try to rescue the man.

“The operation involved road closures, the use of drones to assess the scene, a helicopter and a cherry picker brought in from Glasgow.

“All this was done with the aim of bringing the man down safely and while maintaining the safety of emergency services staff. 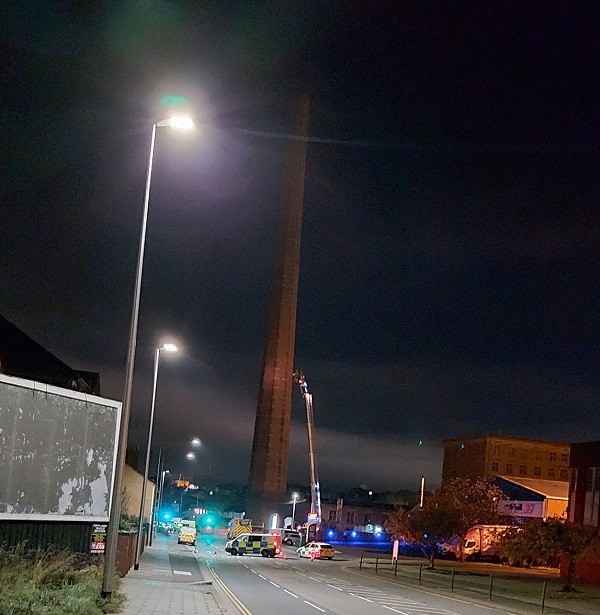 “The man was recovered after a cherry picker was used to transport specialist technicians and specialist firefighters trained to work at height to the top of the chimney to lower him down.

“The thoughts of all the emergency services and partners are with the family and friends of the man.

“Specialist welfare police officers are supporting his family at this difficult time.

“An investigation will commence into the circumstances into how and why the man was on the chimney and the Constabulary will be informing Her Majesty’s Coroner.”

Thunderstorms and heavy showers are predicted for tomorrow and Wednesday, leading the Met Office to issue a yellow weather warning