Allerdale Borough Council has today announced that Ian Frost, its Chief Executive for over six years, left the council on 11 November, 2019 by mutual consent.

Council leader Marion Fitzgerald said: “I’d like to thank Ian for his dedication and contribution to the council since he started as chief executive in July 2013.

“My new administration has ambitious plans for the future of Allerdale and we’ll now consider the right management and leadership arrangements in place to support that programme.”

Ian Frost said: “It has been an honour to serve the people of Allerdale for the past six years. I am extremely proud of our achievements particularly the new leisure centre in Workington and of the hard working and dedicated staff who work for the council.

“It is right that the new administration is free to put in its own arrangements to enable it to deliver its ambitions. I wish them and the council all the very best for the future”.

The decision on behalf of the council was agreed on 30 October 2019 by the Chief Officer Employment Panel which consists of a cross-party group of councillors.

If agreed at the next full council meeting, the current Corporate Director, Andrew Seekings, will become interim chief executive for the next twelve months. 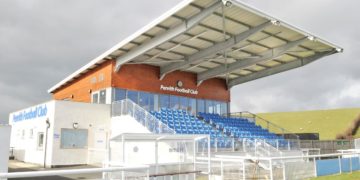 Penrith’s Northern League game at home to Seaham Red Star on Saturday has been called off.