Leading Carlisle lawyer Nick Kennon has just stepped into one of the most prestigious Army roles in the North West.

Nick, 47, who is operations director at Carlisle law firm Wragg Mark Bell, has been promoted to the rank of Lieutenant Colonel.

He has also taken command of the 4th Battalion of The Duke of Lancaster’s Regiment, which is the regiment’s Army Reserve battalion located throughout the north west of England and the only Army reserve unit in Cumbria.

‘I think it is the greatest honour and privilege you could get,’ said Nick who will have up to 500 personnel under his command for the next two and half years.

‘To be given responsibility for looking after these young people, and also for it to be the same battalion I joined at Carlisle Castle as a private soldier 20 years ago, never imagining what lay ahead – it’s quite humbling.’

Nick has been involved with the Army Reserves since the age of 26 and has served around the world in some challenging situations.

He is relishing the considerable challenge of his new role.

‘I’m ultimately responsible for everything that happens to any soldier in the battalion,’ he said.

‘I’m responsible for recruitment, retention, training, qualifications, physical fitness, values and standards, health and welfare, rehabilitation from injury – I have specialist advisers, but I make the decisions.’

‘I have got people overseas as we speak. I’m will take 130 people to train with the Danish Army this year, and we have people on the way to Jordan, Zambia and Uganda where they are mentoring the forces of those other nations.’

Although the 4th Battalion of The Duke of Lancaster’s Regiment is a Reserve battalion with volunteer soldiers, its personnel often mentor other countries’ regular forces, says Nick.

Many members of the battalion are ex regular soldiers but Nick himself has spent his whole career in the Army in the Reserves.

‘I’m the first pure-bred reservist in charge of the battalion since 2008,’ he said. ‘I have spent 20 odd years in the Reserves and had four operational deployments, two to Afghanistan and one to Iraq and one with the UN in Cyprus. I’ve also led three mentoring trips in Africa working with some thirteen nations there.’

Nick grew up in Carlisle and attended Austin Friars school.

‘I was a trainee solicitor aged about 26 and I decided I wanted some more challenges rather than just the law, so I decided to join the Territorial Army,’ he said.

‘I absolutely loved it from the start. Within the first year we assisted with the foot and mouth crisis.

‘I was mobilized to farms near Thursby clearing out the carcasses of the dead animals. It was pretty harrowing work, but very valuable.’

In 2002 he was sent on his first deployment to Afghanistan, to protect the British headquarters in Kabul.

‘It was in the aftermath of the Taliban leaving and there was civil unrest,’ he said.

He was sent to Iraq in 2006 where he was in charge of 30 people carrying out VIP force protection and escort tasks, and security for the headquarters in Basra.

‘I really enjoyed it,’ said Nick.

‘Iraq was where I really realised what the Army was and how serious things were. I did a lot of growing up very quickly.’

Nick says the Army has helped make him the man he is today.

‘There are very few problems you can give me that I can’t find a solution to. I have learned self confidence and to trust my own capabilities. It’s taught me leadership and people management and how important it is to look after your staff and people.’

Nick will continue as senior director and operations director at Wragg Mark Bell in Castle Street in Carlisle, as well as fulfilling his Army role.

‘The ethos for the next two and a half years will be people first. It’s going to be challenging but fun,’ he said.

‘I really believe in training, both in the Army and in my law firm. Keep challenging yourself and keep developing and find out what you are capable of.’

Outside of work and the Army Nick likes walking his dogs and has a love of whitewater rafting. ‘I have done it in South Africa with the army twice and many times on holiday, in Alaska, Wyoming and Australia amongst others.’

Nick is married and lives in Carlisle with his supportive wife and two dogs. 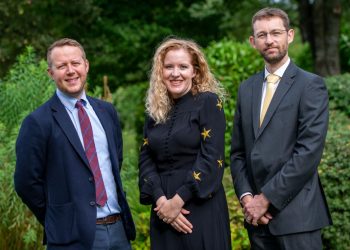 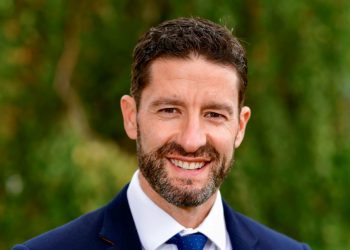 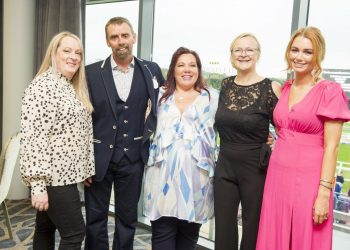