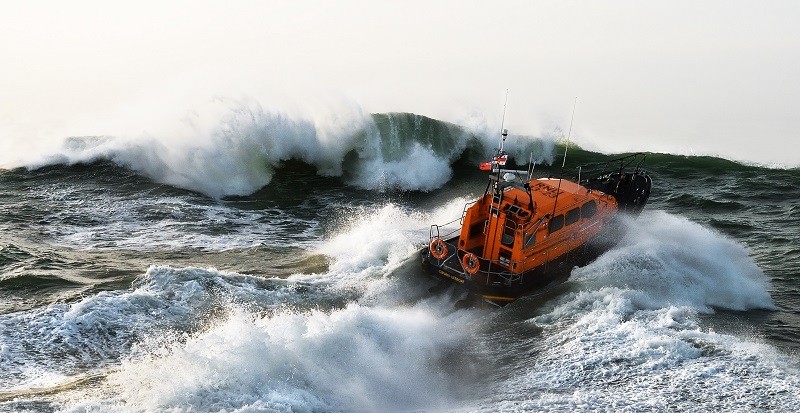 The RNLI has released its figures from the festive period which showed an increase in the number of call outs on previous years for the charity’s volunteer lifeboat crews in the North West of England.

North West RNLI volunteers, covering from Silloth to West Kirby, launched to the rescue 11 times over Christmas* compared with eight lifeboat launches during the same period in 2018. This follows a continued rise over the last forty years as the charity faces a ‘Perfect Storm’, with more people than ever needing its help, meaning support from the public is more vital than ever.

West Kirby lifeboat station alone launched four times in five days (28 December- 1 January) responding to people who had been caught out by the tide as they walked to Hilbre Island.

While many people were enjoying the festivities and time with their family, dedicated RNLI volunteers from 238 lifeboat stations across the UK and Ireland were ready with their pager for when the call came to drop everything at a moment’s notice to save lives at sea.

RNLI volunteers at Barrow lifeboat station had to do just that when they called out on Monday 30 December to go to the aid of a dinghy which had broken down and got into difficulty off Piel Island.  The inshore lifeboat assisted the 14-foot dinghy struggling against the tide and strengthening wind close to Piel Island.

Andrew Brown, West Kirby volunteer Lifeboat Deputy Launch Authority said: “The Christmas holidays was a very busy time for our volunteer crew at West Kirby.  The combination of good weather, spring tides and high visitor numbers to the area meant that some people were caught out by the tide as they visited Hilbre Island. If you plan on visiting Hilbre Island always check the tide times, wear appropriate clothing and carry a means of calling for help.  If you find yourself or see anyone else in trouble, please dial 999 and ask for the Coastguard.  We would much rather be called out to help you in plenty of time rather than leaving it too late.

“We don’t think anything of being on call even during the festive season – if someone needs our help, it really doesn’t matter what time of the year it is.

“But we couldn’t do what we do without the support of the public. The RNLI has experienced a shortfall in funds, but we are rescuing more people than ever before. We are facing the Perfect Storm and are calling on people to make a donation to ensure we can continue saving lives at sea.”

To ensure the RNLI can continue its lifesaving work into the future, the charity is running a major fundraising appeal, The Perfect Storm, with the aim of raising £1.8M and recruiting 12,000 new supporters.

The RNLI’s Perfect Storm appeal has been launched in response to some major challenges the charity is facing. In 2018, the RNLI’s financial resources dropped by £28.6M, while its crews are busier than ever.