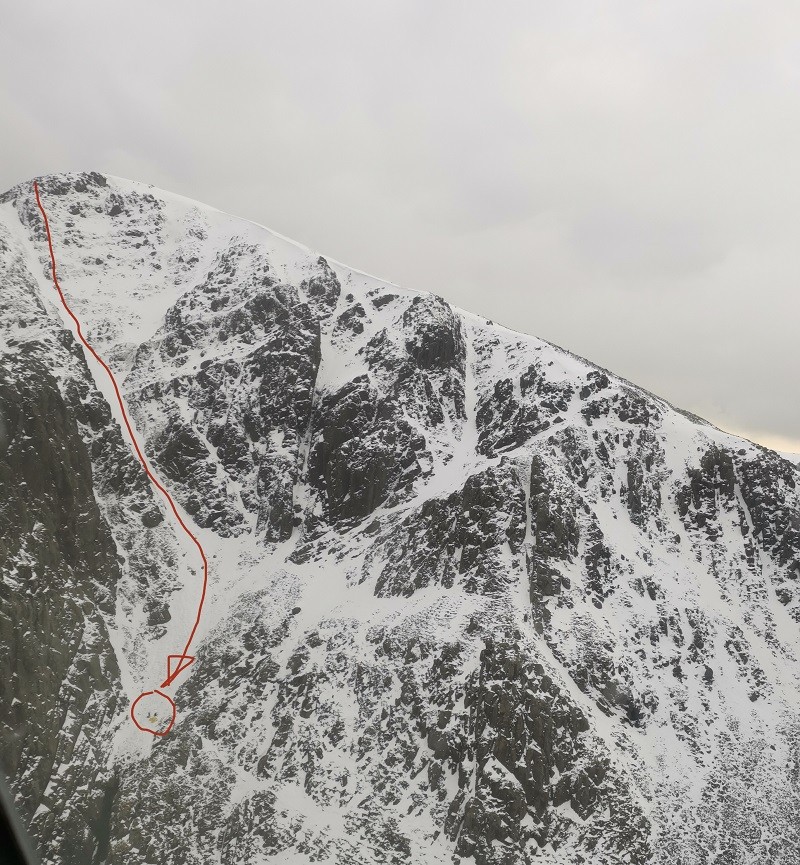 Cockermouth Mountain Rescue Team was called out at 14:00 on 5th March to assist an experienced, well equipped male walker who had slipped and fallen some 200+ metres from near the summit of Pillar sustaining multiple injuries.

A coastguard rescue helicopter was called in by the team leader.

Rescue Helicopter 199 from Prestwick was initially unable to winch the casualty from his precarious position, but they airlifted team members and equipment from the valley floor to the summit of Pillar, from where they were able to descend to the casualty’s location some 250m below. The casualty was assessed at the scene and after being moved a short distance out from Pillar Rock, was prepared for a helicopter winch evacuation. Rescue 199 lifted him from the mountain and he was transferred to Cumberland Infirmary in Carlisle.

Team Leader Andrew McNeil said: “This was a fairly serious job high up on Pillar, in full winter conditions.

“The casualty was well equipped and prepared, but had taken a long tumbling fall through steep difficult ground and was probably saved by old avalanche debris which finally stopped him, metres before the edge of a long, near vertical drop into West Waterfall Gully. Our thanks go to the Great North Air Ambulance Service and the crew of HM Coastguard Rescue 199.

“Without their help, the rescue would have been incredibly difficult with a strenuous and lengthy evacuation. All three organisations demonstrated great communications and co-operation in treating and evacuating the casualty as quickly and safely as possible. The Team wishes him a speedy recovery.”

This was the Team’s 6th call-out of the year, it involved 22 team members and lasted roughly 3.5 hours.