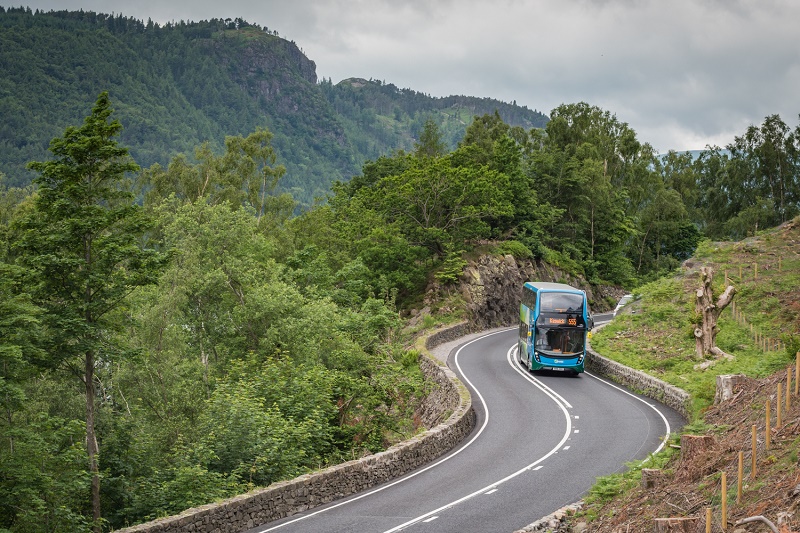 Stagecoach Cumbria & North Lancashire has today announced a number of improvements to its timetables, following feedback from healthcare and other key workers.

Key workers have been encouraged to let Stagecoach know whether the revised timetables have been meeting their needs, and in response to the feedback received, the following changes will be made from Wednesday 1 April:

80/81: Shoppers trips added on both giving around an hour and a half in Lancaster to buy groceries.

“We want to make sure that our timetables are meeting the needs of our fantastic NHS workers and all the other key workers who are working hard to fight the virus.

“We are pleased to be able to confirm some key changes to our temporary timetables based on the feedback from key workers, which will help to fill some of the gaps needed and ensure people can get to where they need to be, when they need to be.

“I’m extremely proud of the way in way our team in the Cumbria & North Lancashire is pulling together to ensure that we can continue to deliver our services. They are key workers too and I would like to thank them for their continued support and resilience in these challenging times.”

Contactless payments are being encouraged wherever possible and social distancing guidelines are being displayed on buses. In partnership with local authorities, Stagecoach Cumbria & North Lancashire is accepting the use of free concessionary travel passes before the normal 09.30 threshold to enable elderly customers to make use of dedicated shopping hours in place at many supermarkets.

Any further changes suggested to the timetable can be fed back through the dedicated form available at www.stagecoachbus.com/coronavirus.