A CROOK who slashed his friend across the face with a blade in a Kendal street has been jailed for more than five years.

Victim Jolee Hayman was cycling towards Highgate in the town with his girlfriend when he stopped to greet Alastair David James McCallum, whom he had known for several months and considered a mate, at around 8pm on May 26.

There was a conversation and then a confrontation as McCallum enquired whether Mr Hayman was responsible for an earlier burglary and ransacking of his home.

After being told Mr Hayman wasn’t responsible, McCallum began looking around to see if anyone was watching. Prosecutor Paul Brookwell told Carlisle Crown Court today (FRI): “The defendant, without warning, took the Stanley knife, using his right hand from his right pocket and struck him across the face to his left cheek.”

During the incident, Mr Hayman threw his bicycle at his attacker, who replied: “Thanks”. However, Mr Hayman – who had suffered an unpleasant wound which was later sutured – responded: “Take the bike. You’re going to jail, pal.”

An off-duty police officer who saw the attack dialled 999, and when McCallum, of Lowther Street, Kendal, was arrested he was found in possession of a blade still bearing traces of the victim’s DNA. He initially denied the violence when interviewed but later admitted wounding with intent and illegal public possession of a bladed article.

Richard Vardon, defending, spoke of the defendant’s difficult upbringing. He was said to be frustrated about apparent police “inaction” following the burglary, and had armed himself with a blade as a result of the break-in.

Recorder Mark Ainsworth jailed McCallum – a man with 41 previous offences on his criminal record – for five years and added two months, consecutively, for breaching a suspended sentence he received last year for spitting at a police officer.

“You took matters into your own hands,” said the judge of the wounding. “Plainly this offence is so serious that only a period of immediate imprisonment can be justified.”

Detective Constable Andrew Wright, the officer overseeing the case, spoke after the sentencing.

He said: “We hope the sentence handed out today acts as a serious deterrent to anyone out there tempted to carry a blade or use one.

“This was a vicious attack that could have had even more serious consequences.

“Fortunately, in Cumbria we do not have a specific knife crime culture and we continue to see a lower number of incidents than in other areas of the UK.

“However, we take this issue extremely seriously. Any criminal use of knives or blades will not be tolerated.” 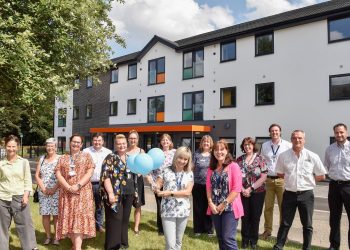 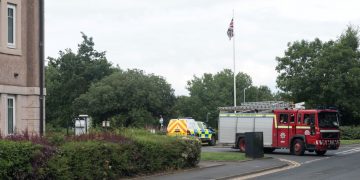 Investigations are ongoing after a suspicious letter was sent to a council building in West Cumbria.