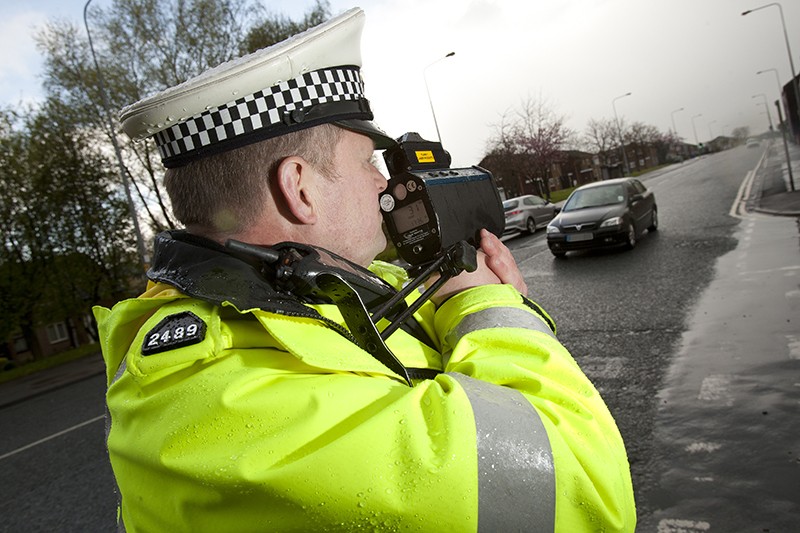 In June this year the Cumbria Road Safety Partnership switched on two new fixed safety camera sites on the A596 Wigton bypass, near the junction with Station Rd and on the A7 in Longtown, near the junction of Swan Street with English Street.

Both of the camera were provided in response to local community concerns about speeding and due to the number of road accidents that have occurred at these locations in recent times.

Between July and October there have been over 800 offences detected at Wigton bypass which has a 50mph limit and over 500 at Longtown which has a 30mph limit. In the last few months (July to September) there has been a small decline in offences.

Mobile Support Group Inspector, Steve Minnikin said: “It is disappointing to see that there are still a large number of people being detected at both locations going over the speed limit.

“These results show that there is a need for those cameras as driver continue to flout the speed limit, even more worryingly speeds in excess of over 90 mph have been recorded at Wigton Bypass and over 60 mph at Longtown.

“Driving at excess speed puts yourself and other road users at an enormous risk of serious injury or death.

“These static cameras were chosen for these sites based on risk to the public, collision reduction officers look at a number of factors like number of road traffic collisions in the area, especially in cases that have resulted in death and serious injury. Other factors considered are complaints from the community and intelligence.”

A spokesman from the Cumbria Road Safety Partnership said: “Safety Cameras whether they be fixed or mounted in vans provide an effective deterrent to speeding, which is a common factor in the deaths and serious injuries witnessed on our roads.”

The Cumbria Road Safety Partnership is the collective name given to those organisations and groups which work together all year round to reduce the numbers of people killed or injured on the roads of Cumbria.

These organisations which include the County Council, the Constabulary, the Fire and Rescue Service and Highways England carry out a range of activities to help keep our road safe.