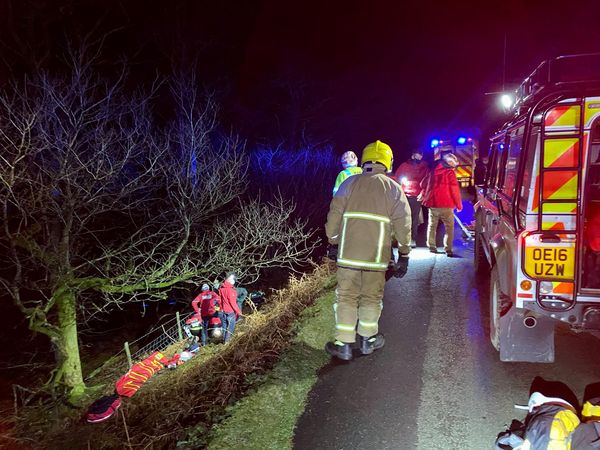 Emergency services were called after a quad bike went off the road below Catbells yesterday following a minor collision with a vehicle.
In their 90th incident of the year, members of Keswick Mountain Rescue Team attended after the ambulance service requested their help.
The volunteer team attended at around 4.55pm and the fire service were also called.
A spokesman for Keswick Mountain Rescue Team said: “It’s unusual for us to called out to road traffic accidents, but the ambulance service requested support.
“After an assessment by the team medics analgesia was given to the quad bike rider who appeared to have suffered a broken collarbone.”
The team stretchered him up the bank into the waiting ambulance.
ADVERTISEMENT