A snow and ice warning has been issued from 4pm today until 10.30am tomorrow.

The Met Office says snow and ice may cause travel disruption.

Showers will continue at times across many areas.

It said: “These will bring a cover of snow in places. 1-3cm could accumulate at low levels, mostly across Northern Ireland, Scotland and northern England but as much as 5-10cm of additional snow may accumulate at higher levels of these areas.

“Clear skies between showers will also bring the threat of ice.”

People should expect icy patches on some untreated roads, pavements and cycle paths, increasing the likelihood of accidents and injuries. 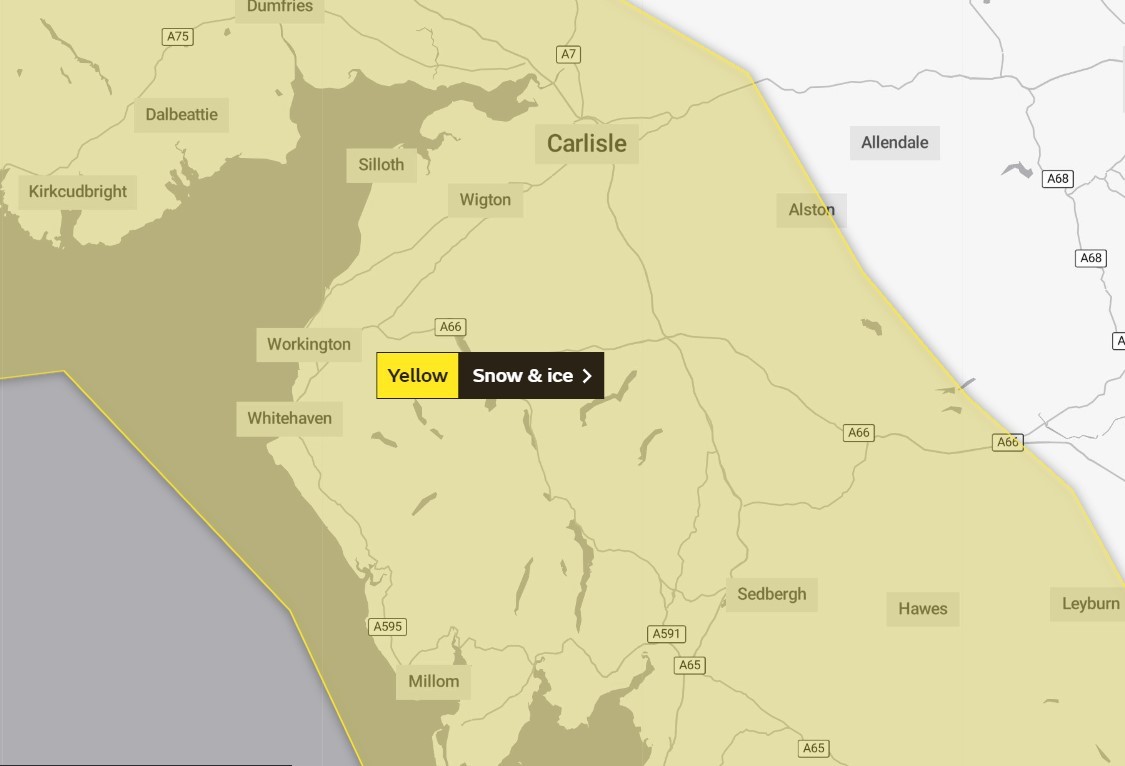 Some roads and railways are also likely to be affected by snowfall, with longer journey times by car as well as bus and train services.

Meanwhile, a flood warning remains in place for Keswick Campsite and flood alerts are in force for the upper River Derwent, Stonethwaite Beck and Derwentwater, rivers Brathay, Rothay and Winster and the upper River Aire.

Met Office chief meteorologist Steve Willington said: “Colder air is now established across the UK in the wake of Storm Christoph.
“Dry and sunny weather for many today, however, the risk of showers continues. It will be a cold night tonight and a yellow national severe weather warning for snow and ice has been issued covering large swathes of the UK from 4pm to 10.30am tomorrow.
“Saturday will be another cold day with sunny spells and showers some of which could be heavy and wintry at times, especially in the north and west.
“The cold weather will continue into the start of next week with some widespread overnight frosts.”
Tags: EnglandKathryn HollandScotlandUK