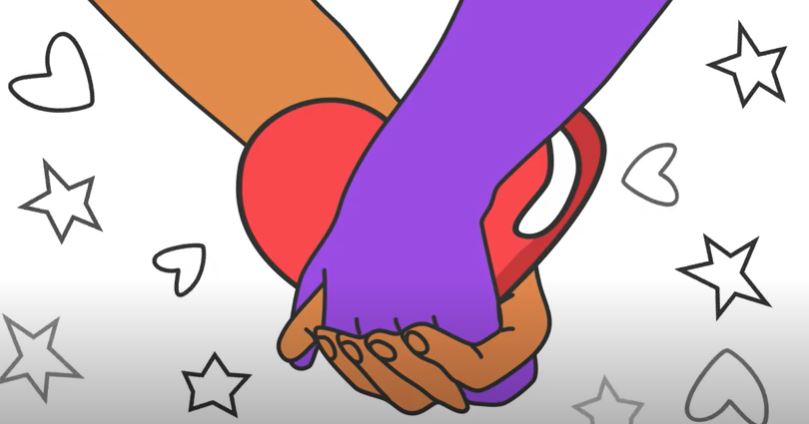 A group of Cumbrian youngsters have put their creative minds together to make a series of films about child safety.

The three films, which use the stories of fictional characters to highlight the issues of healthy/unhealthy relationships, exploitation and online safety, have been made as part of the Cumbria Safeguarding Children Partnership and NSPCC’s year-long campaign It’s Not OK.

Liz Wright, children and young people’s rights officer at Cumbria County Council, said: “The young people have been so enthusiastic about making informative videos which can make a real difference to the lives of children across Cumbria.

“Their creativity and engagement with production company Blue Jam has meant that we now have some excellent resources to explain some very challenging issues in a way that uses child-friendly language, with the added impact of offering children a voice in how they would want to hear this information.

“I’d like to thank everyone who have come together to make this possible – our committed and talented young people, the Cumbria Safeguarding Children Partnership, the NSPCC and Blue Jam.”

NSPCC campaigns manager Mubashar Khaliq said: “One of the key aims of the It’s Not OK campaign is to help children and young people understand issues around child safety in a way that doesn’t frighten them, but offers them guidance on what to do if they find themselves in a difficult situation or relationship.

“These films do this perfectly, and are an excellent example of how listening to young people and giving them a voice can make your messages far more powerful and impactful.

“Because we’ve been meeting virtually, so many more young people have been able to get involved and it’s made it so much easier to get a wider representation from across the county.

“The young people have also been excellent throughout, and have really helped inform the way we communicate these important messages, now and in the future.”

The young people involved in the production of these films are from across the county, and have helped write, animate and perform parts of the videos with guidance from Cumbria Safeguarding Children Partnership, NSPCC and Blue Jam.