Two RAF Hawks have dipped their wings in salute to mark the centenary of the birth of a speed legend.

The IV (AC) Squadron hawks, based at RAF Valley in Anglesey, flew over Coniston as the daughter of Donald Campbell CBE laid flowers in his memory.

It was an emotive moment for Gina and a small group of trustees from Coniston’s Ruskin Museum, home to his record-breaking boat Bluebird K7. The jets flew over the lake and repeated a tribute that had been carried out by a Vulcan bomber the day after his death on January 4, 1967. 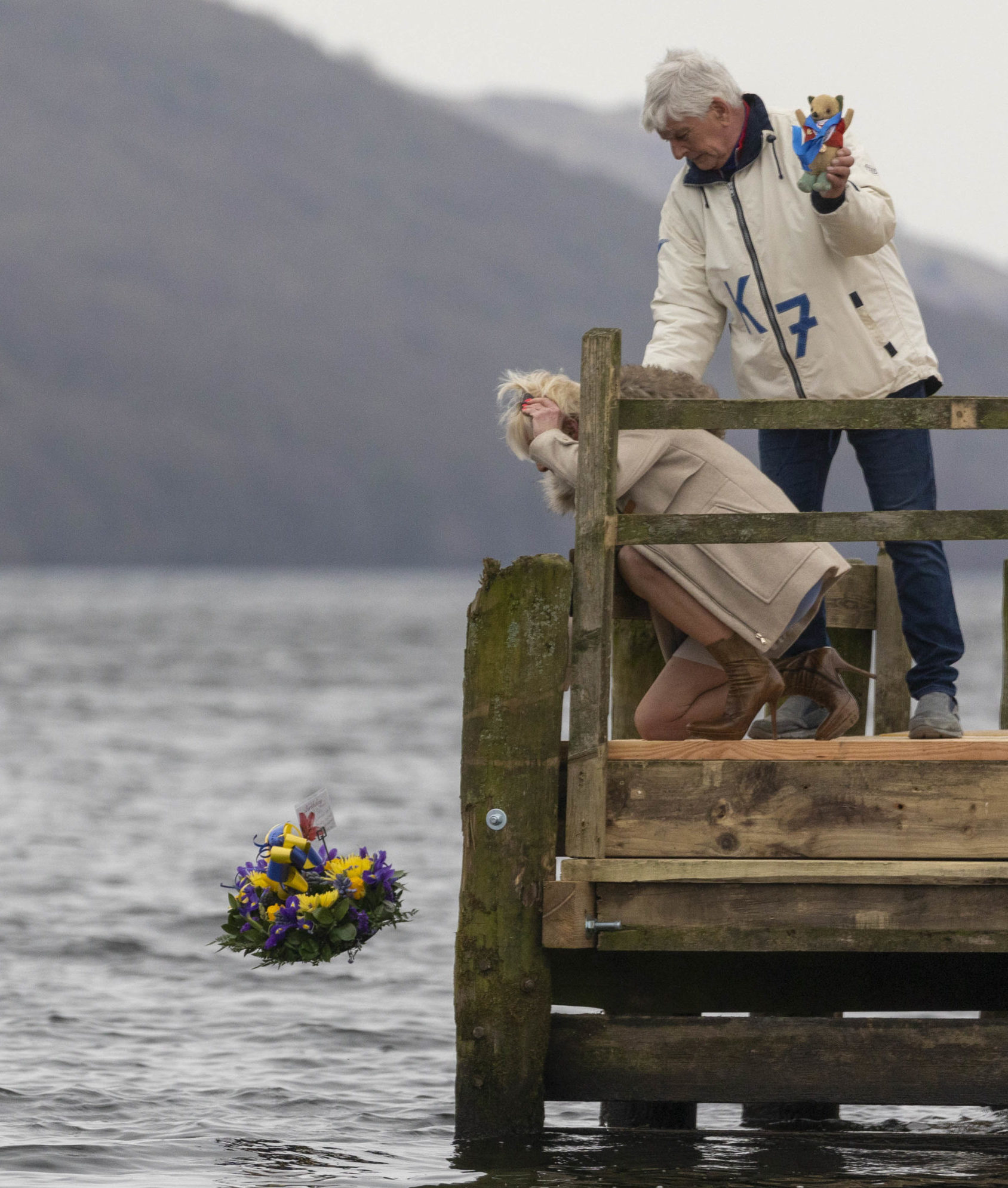 Gina said: “I am touched by the RAF’s mark of respect and their act was a fitting tribute to my father who would have been thrilled by the gesture. I cannot thank the RAF and the crews who flew today enough for their thoughtful tribute, especially Ft/Lt. Eddie Craig who led the flypast from 4 AC Squadron at RAF Valley.”

She added: “My father is buried in Coniston, but it is also his spiritual home and every year thousands of people visit the Ruskin Museum to learn more about his incredible journey through life, gaining speed records on both land and water.

“He loved Coniston and its people as I have done over the years and having a museum that tells the story is a lasting tribute. We hope that soon Bluebird K7 which my family gifted the museum will return to Coniston.” 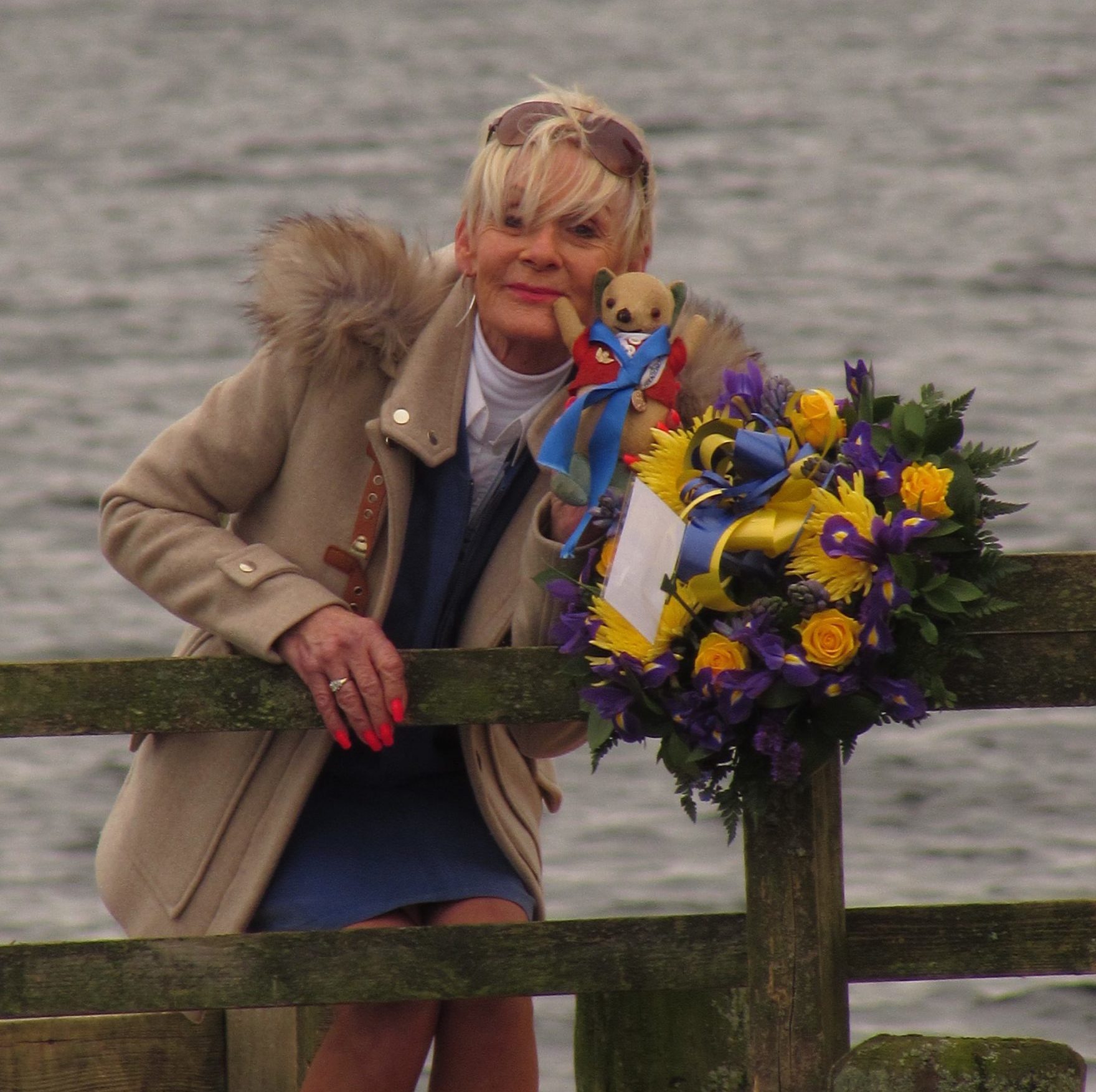 Flt Lt Eddie Craig who is a qualified flying instructor, with IV(AC) Sqn at RAF Valley and who led the flypast said: “It is a huge honour to continue the RAF tradition of paying tribute to Donald Campbell and celebrate, not only his achievements but also his spirit of courage and determination.

“Today we flew 2 Hawk T2 aircraft from RAF Valley which is used to train the next generation of fighter pilots for the RAF and Royal Navy.

“Whilst conducting the flypast is a great spectacle for people on the ground, it also provides important low-level training for our student pilots. Our top speed as we flew up Coniston Water was 480mph which we hope Donald would have approved of.”

Jeff Carroll from the Ruskin museum which owns K7 said: “Keeping Donald Campbell’s memory alive and enabling people from around the world to visit Coniston and learn about his achievements is telling an important chapter in the history of Coniston, and indeed the United Kingdom. Coniston is extremely proud of its association with its adopted son, and the world-beating achievements reached on our lake.

“Both Donald and his father, Sir Malcolm had a deep affection for Coniston and its people. It is our honour and privilege to honour what would have been Donald’s 100th Birthday today in the best way we can, given the current restrictions.”

Gina and Trustees from the museum then visited her father’s grave in Coniston Churchyard.