A juvenile gull was rescued after a concerned homeowner heard it squawking from inside his chimney.

Robert Street, of Barrow, heard the bird on Tuesday and reported it to the RSPCA, who sent animal rescuer and inspector Kat Newman to the property.

Kat said: “This bird got itself into a bit of flap and had fallen down the chimney and became stuck.

“Fortunately the homeowner heard its predicament – and so had her pet cat – so she called the RSPCA for help.

“Attempts had already been made to try to get to the bird which they thought was a pigeon.

“But when I put my hand in the hole I could tell it was too big for a pigeon and was actually quite a big gull so the hole needed to be made bigger. 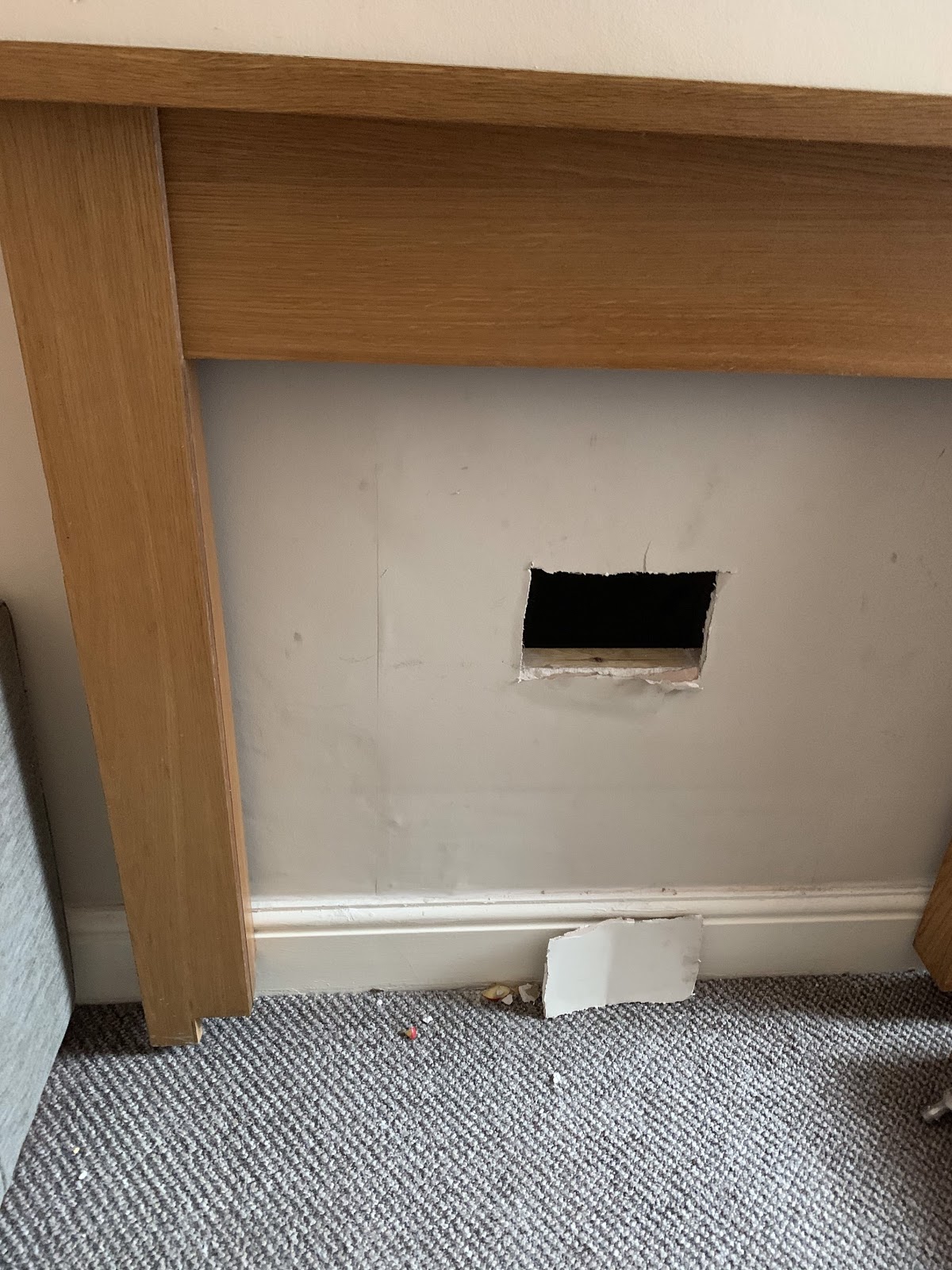 “I then managed to safely pull him free and when I checked it over and he appeared in good health – so I took the bird outside to release it from a quiet end of the street.

“As the gull began to fly off its parents – who were on the chimney of the house where it had taken a tumble – flew down to greet their youngster.

“They then all flew off together – it was such a lovely sight and something I really didn’t expect. No doubt the youngster got a telling off from them.

“I just hope it has learned a lesson and will be more careful when going near chimneys in future.”

If you find a wild animal in distress, stuck, sick or injured please contact the RSPCA for advice on 0300 1234 999 and visit https://www.rspca.org.uk/adviceandwelfare/wildlife/injuredanimals.