An Albanian national caught transporting a £140,000 cannabis stash through Cumbria having run short of cash after entering the UK illegally has been jailed.

Carlisle Crown Court was told how 28-year-old Artur Muka arrived in this country around 18 months ago as a stowaway on the back of a truck.

But after these industries were hit by Covid restrictions and the work dried up, he agreed through a friend to take a huge haul of cannabis to Scotland in exchange for payment.

But on the late morning of March 19, his Audi was stopped by police speeding through road works near Carlisle on the M6 northbound.

And, as the vehicle was searched, a 14kg stash of skunk cannabis was seized. This could potentially have been worth around £140,000 if sold to users on the street, the court was told.

Muka, of no fixed address, made no comment in a police interview but admitted possessing the class B drug with intent to supply – on the basis that he acted as a criminal courier – when he appeared in front of a judge remotely over a video link from custody.

“You worked on a cash-in-hand basis but because of a lack of work through Covid-related restrictions you undertook to try and transport drugs to Scotland for payment,” concluded Recorder Rankin.

After the sentencing, a Cumbria police spokesman said the case highlighted the zero-tolerance approach taken by officers to the transportation of drugs in the county. 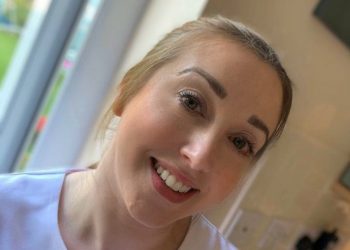 Police are concerned for the welfare of a man who has gone missing from Colwyn Bay in north Wales.