A fitness entrepreneur is continuing to expand his business by delivering ready-prepared healthy meals to Carlisle.

Xtreme Fitness, in Workington, began producing its Fuel range of meals last year after moving to new premises at the former Border Cars unit on Joseph Noble Road, in Lillyhall.

Owner Lee Butterworth said the meals have proved so popular in Whitehaven and Workington that he is beginning deliveries to the Carlisle area.

Lee, who founded Xtreme Fitness nine years ago, said he had long wanted to begin a meal prep business.

“Moving into the new site meant we had the space to open a cafe making our own meals,” he said.

“During the lockdown we’ve managed to get another three or four staff on while being closed because that side of the business has grown so much. That’s just gone from strength to strength.”

Lee said the focus was on creating healthy tasty meals that were “nourishment not punishment”.

He said: “It’s easy to make the mistake of creating meals that might be healthy but are not all that enjoyable, whereas we’re doing meals for people that are really tasty, you can have for your tea, but they are calorie and macro counted for things like protein, carbs and fats,” he said.

“I want to build it nice and gradually by going into Carlisle where there are potentially about 100,000 customers and we can maybe do twice as much business as we’re doing now. In time I’d like to think about expanding further and maybe opening a dedicated unit with more ovens.” 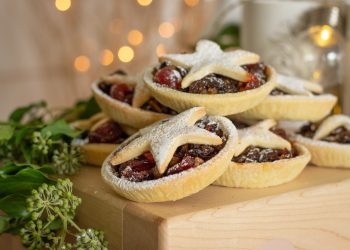