Lee McKnight was assaulted in the living room and kitchen of a Carlisle house, a forensic scientist has concluded, before being transported away and dumped in a river.

A trial at the city’s crown court of six people who accused of Mr McKnight’s murder has been hearing evidence from experts who have presented their findings to a jury about events which led up to his death.

Mr McKnight’s body was found in the River Caldew just after dawn on July 24 last year.

Pathologist Dr Brian Rodgers has found the cause of death was drowning due to head, neck and chest injuries, and concluded a diamanté-headed riding crop could have been used to inflict much of the damage.

And, from the witness box, forensic scientist Jayne Roughley explained how she examined the Charles Street address where the 26-year-old is said to have been “beaten to the point of death”.

Her task, she stated, was to carry out blood pattern analysis of staining within the house using both sight and light sources.

Some of the many blood traces she found were on the ceiling, said Ms Roughley; some blood was found on a dressing gown belt; and there was “lots of low level staining in the kitchen”. She found 250 blood spots on the underside of a chair along.

“My opinion is that the nature of the distribution of the blood staining is consistent with him having been assaulted in the living room,” she concluded, “specifically in the area between the front door and back of a purple settee, but also that he was assaulted within the kitchen.

“It is also my opinion that the blood staining within the kitchen is at relatively low level, and therefore it is possible that Lee McKnight was struck multiple times whilst bleeding, either being sat down on the floor or at a very low level.”

Of the blood-stained chair, Ms Roughley added: “I am unable to rule out at some point that Lee McKnight, or somebody stained with Lee McKnight’s blood, has been sat (on it).

Dr Brian Rodgers had earlier told the court Mr McKnight sustained a “very, very severe” beating, saying: “This was prolonged by any stretch of the imagination.

“It is a prolonged, sustained assault with a combination of a weapon — the (riding) crop, the whip bit of the crop and the head of the crop — and a combination of blows such as punches, maybe slaps, stamps or kicks. I‘d favour stamping, kicking-type injuries more for the chest trauma, for the ribs, because the damage was so extensive.”

Jurors have also heard statements provided by friends of Mr McKnight. One spoke of him being aware he owed a £2,500 drug debt to one murder suspect — Jamie Davison.

Another friend said Mr McKnight had gone off the radar and into hiding just before Christmas of 2019.

A third friend recalled a conversation with Mr McKnight just days before his death. He had told her: “I am sorting everything out. Everything is going all right, everything is fine except for Jamie Davison.” 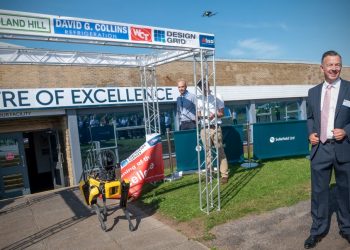 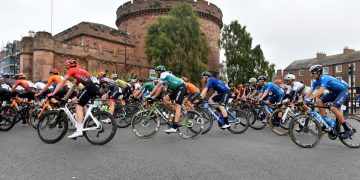