A man has been jailed for 12 months for a string of offences which included threatening police officers and branding them “fascists” and “gay”.

Robert Crellen was sentenced at Workington’s magistrates’ court on Friday for nine offences, with all of the charges relating to crimes between June and August this year.

The first offence, on June 30, saw him steal an automatic machine or meter valued at £20 in Whitehaven.

Crellen, of Church Road in Whitehaven – formally of Church Street – denied the offence but was found guilty after a trial.

Crellen also claimed all police were “fascists”, made a racist slur towards one officer and branded officers “gay”.

He admitted all of the offences after initially denying the two latter charges.

On August 1 he assaulted both a man and a police officer by beating – the latter described as a “prolonged assault” in court. He also damaged glasses, with the value of the damage estimated to be £76.

He denied assaulting a man and the charge of criminal damage but was found guilty after a trial. Crellen admitted assaulting the police officer after earlier indicating a plea of not guilty.

Crellen also denied the offence of being in possession of Stanley knives on Lowther Street in Whitehaven on the same day but was found guilty by the court.

The final offence took place a day later and saw the 30-year-old steal a pair of trainers, two Xbox games, two pairs of sunglasses, four Stanley knives, one lighter and a bracelet. The total value of the haul was £140.30.

He was found guilty of the theft after denying the offence.

Crellen was jailed for a total of 12 months, was ordered to pay a total of £100 in compensation and was given a restraining order banning him from contacting the victim. 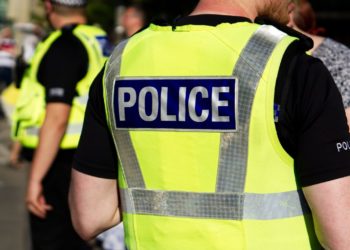