Workington church in race for £100,000-worth of repairs

Our Lady and St Michael’s Church in Workington has missed out on extra funding from a national vote.

It comes at a time when the church is involved in a desperate race to raise £100,000 for urgent repairs.

Stained glass windows are showing serious signs of decay while sandstone masonry is crumbling, so much so that part of the church has had to be roped off.

This has been the fifth year of the Friend of the National Churches Trust Vote Grant and the Workington church was among four nominees.

Each year the trust invite churches to whom it has already awarded a grant to let them know if they still need additional funding in order to complete their project.

Our Lady and St Michael’s had been awarded a £10,000 grant but no work has started with the effects of COVID-19 playing a major part.

The four churches selected for the Friends’ Vote in 2021 had all been awarded grants from the National Churches Trust, but the effects of Covid-19 mean they are still short of the total amount of funding they need.

The winner was the historic St Michael’s Church in Llanfihangel y Creuddyn which will receive a significant grant for vital repairs to the historic building.

It will receive a special £10,000 grant to help pay for urgent tower and roof repairs to the Grade II listed church.

Meanwhile in Workington members of the church’s special project team have been looking at various fund-raising efforts of their own.

Ann Diamond, a member of the team, said: “It’s a lot of money to find and time is the essence. The longer it goes, the dearer it will become.

“The Diocese has said it will step in for any short-fall for the repairs to the side altar windows but we are thinking of all sorts of fund-raising events we can.

“Last year I organised a virtual market and in May we put on afternoon teas, as well as taking them round to people who were housebound,

“Repairing the side alter windows and the brickwork is our first priority, but there’s also a problem with the rose window in the South Transept and brickwork decay which is likely to cost more than £250,000.

“We were applying for a National Heritage Lottery grant for that but because of COVID the rules have changed it’s back to the drawing board and we will have to prepare another bid.”

The parish began life in 1810 when the Benedictines established a chapel on land donated by the Curwen Family.

The first chapel (along with the priest’s house) was built in 1813 and Mass was said there until 1876 when the original chapel became Banklands church hall.

In 1876, the present church was built to a design by E W Pugin. Apart from reordering the sanctuary area in 2001, it remains unaltered.

Over the years much interior work has been done to beautify the church. Of particular interest are the stained glassed windows – some of the finest in the area, but which are now the subject of the funding appeal.

The parish was staffed by the Benedictine monks of Ampleforth Abbey until 2009, when it was handed over to the Diocese of Lancaster.

To donate to the fund, visit https://www.justgiving.com/fundraising/workingtonstellamarisproject 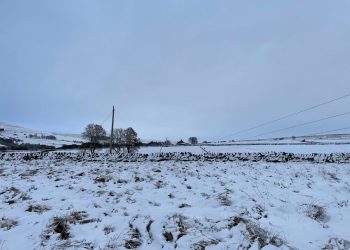 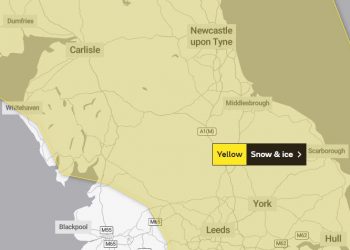 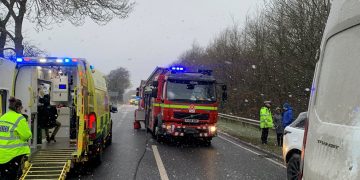 The A69 is closed between Brampton at the A6071 and Naworth Crossroads due to a three vehicle collision.