[D]uring Dementia Awareness Week – Cumbria Constabulary is improving the way itself and partners go about finding vulnerable adults who have gone missing.

The constabulary is adopting a risk-reduction tool already being used successfully by a number of other police forces in country which, where adopted, will significantly increase the likelihood of missing people being swiftly found safe and well.

The Herbert Protocol is a form which the family or carer of a vulnerable adult will be asked to complete. The information included on the form, such as photograph, travel patterns and favourite places to visit will allow the police to act quickly in event the person goes missing.

The protocol is particularly useful when officers are called to assist in locating a missing person with dementia as those beginning the search can receive vital information immediately including health information which could be extremely important.

“Taking down all of this information can obviously be time-consuming and set efforts to locate the person back. Going through these details with a police officer at a highly upsetting and stressful time can also be difficult for families and carers. However, if the Herbert Protocol has been completed then we essentially able to hit the ground running and are able to move quickly on to trying to locate the missing person.

“The protocol will help everyone from the police to families and carers be best prepared for an unanticipated emergency.”

The protocol is named after George Herbert, a veteran of the Second World War who sadly died whilst missing and seeking to get to his childhood home.

The protocol is essentially a “Life History Questionnaire” which constitutes a record of a range of background information about the person cared for. It is retained in a safe place so that it is immediately available to police and search teams in the event that the person goes missing.

Det Insp Murray said: “Anything which allows us to move quickly when trying to locate a missing person is a welcome tool. The protocol, if adopted widely, will do this.

“We will be contacting care homes and other parties directly to request that they join us in supporting this initiative which has the potential to save lives.

“When it comes to missing people, the first hours, even the first minutes, can be crucial. There is a myth that we do not look for people until they have been missing for at least 24 hours. In reality it is based entirely on the circumstances.

“If a person or their circumstances mean they are particularly high-risk – for instance if there is reason to believe they may seek to take their own life – then our response may be within minutes of the person going missing.”

Cumbria’s Police and Crime Commissioner Peter McCall said: “This is such a good idea, I am really pleased that the Force have adopted this protocol.  It fits in well with some of the work we have  funded recently with Dignity in Dementia. to develop and deliver training which offers some really practical guidance for front-line staff to enable them to deal more effectively with people with dementia in crisis on our streets.

“Dementia is a growing issue and together with the Police and other partners it is right that we treat those with dementia with dignity and respect, and keep them safe.”

Find out more or download the form here https://www.cumbria.police.uk/Services/ReportAdvice/Mental-Health.aspx 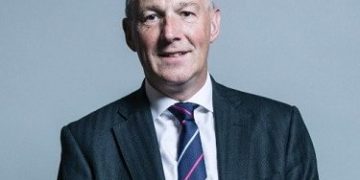 Carlisle MP John Stevenson MP has kickstarted his summer tour around his constituency.