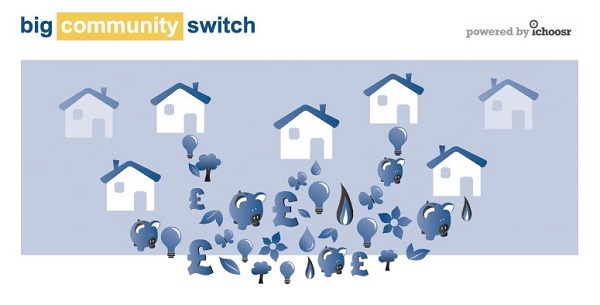 [F]or four years now, Allerdale Borough Council has been offering residents the chance to save money on their energy bills through the Big Allerdale Switch, and new research shows that these savings are being put back into the local economy.

The collection switching scheme gives residents the opportunity to group together and use the combined buying power to access energy supply contracts which they may not be able to get access to on their own.

Allerdale Borough Council householders who signed up for the latest round of the Big Allerdale Switch could save an average of £195.42 each following an auction between energy companies, which is higher than the national average.  The council partnered with iChoosr, the UK’s leading expert in collective energy switching, and together were able to deliver bespoke and highly competitive tariffs.

Household switchers have been surveyed by iChoosr to reveal the extent to which the money householders save will be injected in to the local economy with local spending. New research reveals almost two thirds (63%) of energy switchers said they will spend the money saved on energy bills in their local economy.

The winner of the Dual Fuel auction category, SSE, will supply both online and paper billing options to residents, as will Green Star Energy for electricity only contracts. Residents with prepayment meters will be offered either Dual Fuel or Electricity Only contracts from Ovo Energy. The tariffs are exclusive to scheme members and are not available direct from the suppliers or via price comparison services.

In Allerdale, a total of 284 households have registered. The Big Allerdale Switch was combined with a number of other similar initiatives around the UK, to create a collective of more than 55,000 households and was driven by over 72 local authorities.

Graeme Wilson, Head of Housing and Health at Allerdale Borough Council, said: “It’s fantastic to see that the residents of Allerdale can enjoy such great savings on their energy. We will continue to offer schemes like the Big Allerdale Switch as part of our ongoing priority to tackle inequality in the borough and reduce fuel poverty. And if the savings are put back into the local economy, then that’s a bonus!”

Households in Allerdale who haven’t yet signed up are still able to access the exclusive deals secured through the collective by simply signing up via the website today. They can do this right up until the offer expires on 11 July.

George Frost, from iChoosr, comments: “Nationally, households gathered together by their local councils have so far saved over £27 million.  This suggests that collective energy switching schemes run by councils are responsible for diverting more than £17 million of households’ budgets from their energy bill to their local economies.

“Five of the ‘Big 6’ suppliers – those which supply most households – have increased their standard variable tariffs now, and the 6th is expected to follow suit in August.  After more than three years of falling energy prices, the price hikes are now hitting households in the pocket.  Households that have never switched, or at least not recently, will see the biggest savings.  For those in fixed term contracts, sadly you may pay more but you can protect yourself from further rises by fixing your tariff now until the summer of 2018.”

Residents will soon get their personal offer letters or emails letting them know if they’ll be saving against their current deal – and if so how much money will be going back into their pocket, and perhaps spent with local businesses. There is no obligation for people to accept their personal offer, but if they do it’s easy and straightforward and the new provider will take care of the whole process.