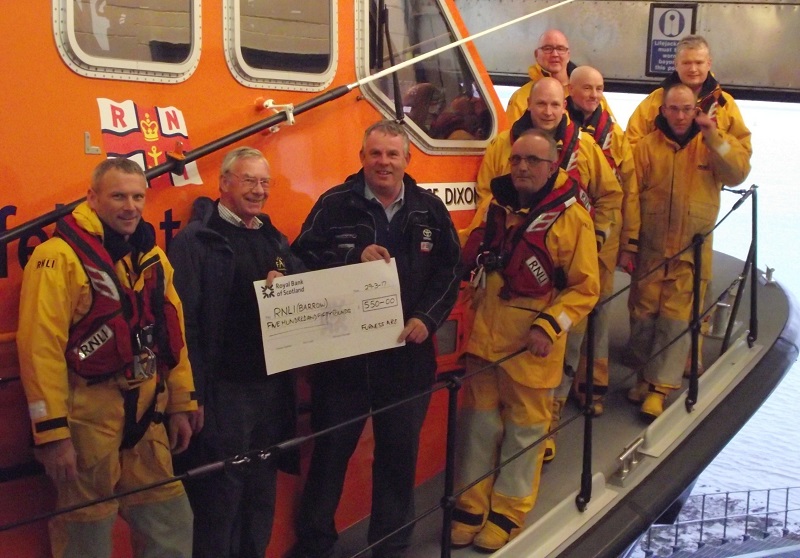 [T]he volunteer crew from the RNLI’s Barrow station were recently on hand to receive a large donation from members of the Furness Amateur Radio Society.

Furness Amateur Radio Society are a group of amateur radio enthusiasts who each year hold a fund raising event on behalf of Barrow RNLI lifeboat station. They attend the lifeboat station for two weekends in the spring of the year and are allowed to set up their equipment and transmit to other enthusiasts. This year they had contacts not only in the United Kingdom and Southern Ireland, but also to places in Europe. Each contact they make pledges to donate a certain amount of cash towards their fund raising venture.

Earlier this year members of FARS attended the lifeboat station and on their behalf Dick Smith and Les Bell made a presentation of a cheque for £550 to members of the crew aboard Barrow’s ‘ RNLB Grace Dixon’.

John Falvey, Barrow Lifeboat Operations Manager said “ Each year members of Furness Amateur Radio Society attend the lifeboat station and put in a lot of hard work to support the RNLI. This year a substantial donation of £550 was raised and we are very grateful to them”