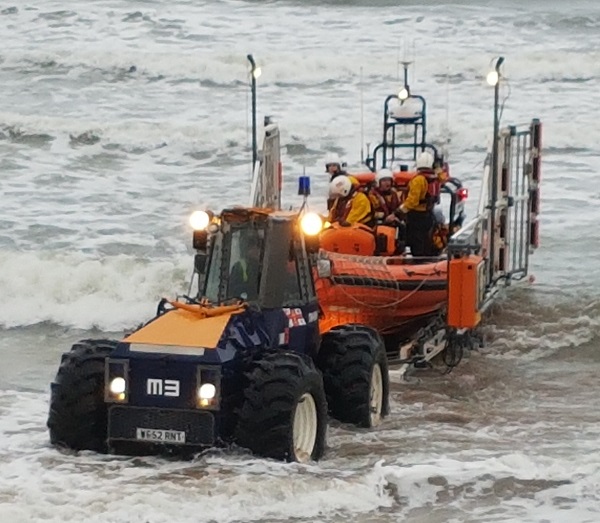 [A]t 3:45am on Monday 3 July the volunteer crew at St Bees RNLI were requested to go to the assistance of a 10.5m yacht. The yacht was reported to be in difficulty about three miles from Whitehaven Harbour.

The sailing boat with one person on board was returning to Whitehaven after a three-week trip around the West Coast of Scotland. Whilst waiting in Saltom Bay for the tide to provide enough water to get into the harbour the yacht suffered engine failure. It was clear to the solo yachtsman that the engine could not be restarted so he called for assistance.

The RNLI volunteer crew from St Bees lifeboat Joy Morris MBE arrived at the stricken yacht soon after being paged by UK Coastguard. As there was only one person onboard the yacht it was decided to place two of the lifeboat crew onboard to help the now tired sailor. The RNLI volunteers soon took the yacht in tow and made their way into Whitehaven Harbour were members of Whitehaven HM Coastguard met them.

Dick Beddows St Bees RNLI Lifeboat Operations Manager said: “This was an experienced skipper who carried out the correct procedures throughout the rescue this helped the RNLI volunteers on the lifeboat to bring the yacht safely into the harbour.

“I would also like to thank Whitehaven Harbour for their assistance as well as the local fishing boat for their co-operation when entering the harbour.”