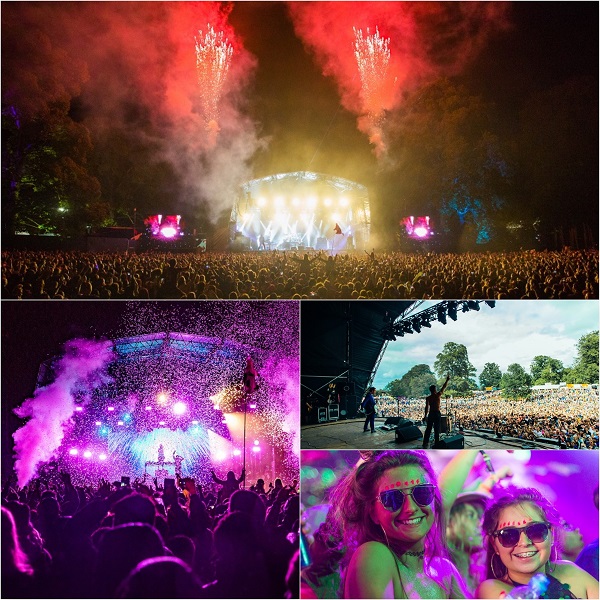 Kendal Calling Director Andy Smith said: “We’re thrilled that once again we’ve been able to welcome some of the biggest, best and most beloved musicians in the world to Kendal Calling, alongside all the incredible new and local bands, artists, entertainers and producers who make the festival what it is. The Kendal Calling family is a hardy bunch who, as always, brought their amazing energy, humour and fun and we’d like to thank everyone for joining us in the fields for a classic Kendal Calling.”

Saturday’s Into The Wild fancy dress theme saw thousands of zebras, leopards, elephants and penguin’s join the parade through the festival site whilst the stunning art installations of Lost Eden, fine ales at the Real Ale Festival, the tranquil settings of The Woodlands and the Garden of Eden provided a tranquil space for leisurely recreation

As usual all sorts of unexpected musical and literary surprises were order of the day at Tim Peaks Diner where a secret set by The Coral and a supergroup exclusive with members of The Verve and The Charlatans drew huge crowds.

Thursday saw a riff laden headline set from Scottish art rockers Franz Ferdinand with hits such as ‘Take Me Out’, ‘Do You Want To’, and ‘Matinee’ receiving a rapturous reception from the crowd. The legendary Happy Mondays presented by Amazon Music came to the lakes whilst Frightened Rabbit and local boys British Sea Power added to the general first night merriment.

Welsh rockers Manic Street Preachers belted out their hits on Saturday night after Brian Wilson had attracted a huge crowd to see him perform ‘Pet Sounds’.  The Hunna and Shame’s frantic sets brought musical mayhem to the Calling Out Stage, Kurupt FM and Mike Skinner were highlights in the Glow tent and Morrissey mariachi covers came courtesy of Mexrrissey.

British megastar Tinie Tempah closed the mainstage on Sunday night with huge pop hits including ‘Pass Out’ and ‘Written In The Stars’.  Frank Turner, Slaves and Lethal Bizzle’s energetic performances were crowd favorites and an exclusive secret set from members of The Verve and The Charlatans in Tim Peaks Diner will live long in the memory. An amazing performance from the London African Gospel Choir performing ‘Graceland’ was a Kendal Calling highlight. A huge firework party saw Kendal Calling 2017 out in style.

Widely regarded as one of the highlights of the UK cultural calendar and set in one of the UK’s most beautiful locations, Kendal Calling will return to the fields for more fun and adventure in 2018.