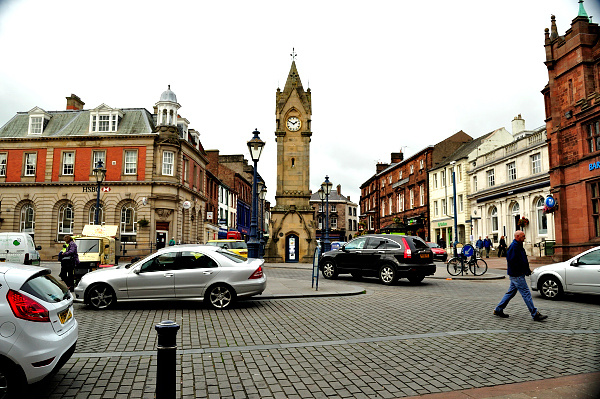 [A] new strategic Masterplan for Penrith could be the first step in starting to unlock the future economic potential for the town as outlined in the discussion document – Eden Vision 2050 produced by Eden District Council.

If councillors agree the report’s recommendations for a new Masterplan would be a way to link future development in Penrith from the soon to be adopted Eden Local Plan 2014-2032 to the ideas and aspirations contained in the Eden Vision 2050 Discussions and Options paper published last year.

Eden District Council’s Leader, Kevin Beaty, said: “There is much impetus for economic growth around Penrith and we need to plan where and how this can take place in the future beyond the time period of the Eden Local Plan 2014-2032. In the Vision document, we outlined that Penrith is the economic centre of Eden and the development and infrastructure we foresee as being needed around Junction 41 of the M6 by 2050, including a proposed relief road and employment sites which could unlock long-term economic growth for the District.

“Whilst Cumbria has many economic opportunities on the horizon such as the dualling of the A66 and the proposed new nuclear power station on the West Coast, we can’t just wait for these opportunities to materialise, we have to start evidencing and building a case for how we can create the economic future of the District with our partners.

“The creation of a Masterplan could be the first step towards this, by employing the data from the Eden Local Plan, Penrith Town Council’s developing Neighbourhood Plan and working with key partners such as the LEP and Cumbria County Council. This helps developers, partners and government departments to see the future aspirations for our area as we discuss things such as new roads, employment land, schools and much needed housing.”

Depending on how a Masterplan is commissioned, a final document could be used in two ways:

The evidence base for any Masterplan would need to consider:

In preparing of a strategic Masterplan consideration should be given to addressing:

The Masterplan should also provide a spatial framework for new development, showing the opportunities and benefits of this growth, whilst also enabling the area to retrain its character and quality of place.

Councillor John Owen OBE, the Council’s Development Portfolio Holder, said: “Since the publication of the Eden Vision 2050 discussion paper last year, we have had positive discussions with local land owners and planning agents about the aspirations for the future of Eden District. A well drafted and evidenced strategic Masterplan could provide a resolute case for how we deliver the future economic growth and housing need in the local area.

“If the Council’s Executive approves the commissioning of the Masterplan, it will require a lot of collaboration with partner organisations such as local town and parish councils, Highways England, Cumbria County Council and the LEP to create a document of significant merit that stands up to public scrutiny.”

To view the agenda for the meeting of Eden District Council’s Executive on 3 October 2017 www.eden.gov.uk