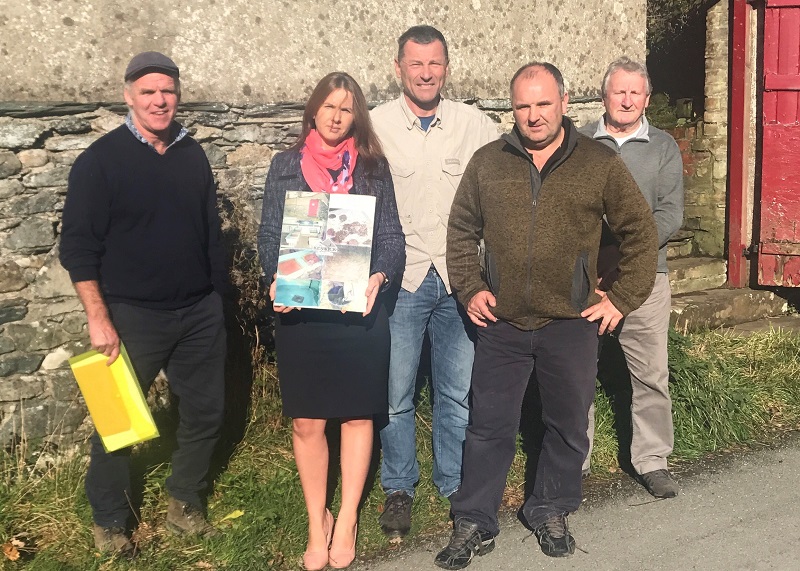 [T]he MP for Keswick has met with angling representatives in support of plans to re-open a Keswick fish hatchery.

Trudy Harrison MP met with members of the Derwent Owners Association Hatchery Committee and Keswick Anglers Association in support of their proposals to reopen the Keswick Hatchery to help increase the numbers of salmon on the River Derwent.

Due to issues including flooding, excess gravel and poaching, the Salmon and other fish population on the River Derwent is in a crisis and at risk of failing to be self-sustaining.

The Keswick Hatchery committee are in the process of applying to the Environment Agency to operate the salmon hatchery once again. 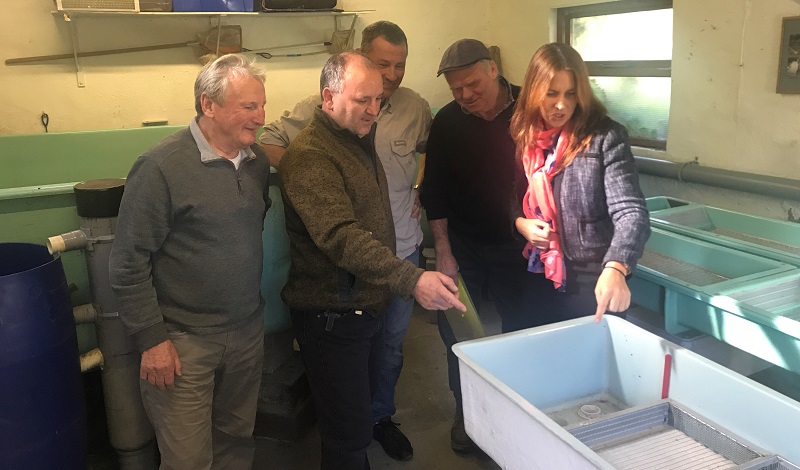 Trudy Harrison MP said: “It was good to visit Keswick hatchery to support what could make a tremendous difference to our lakes and rivers, eco-system and economy. Although currently closed, it is very much hoped that the hatchery will soon re-open as part of the community’s vision for healthy lakes and rivers, well stocked with fish – something we do not currently have.

“I’ve grown up listening to my father’s frustration at the demise of fish in our rivers so I’m only too happy to now be in a strong position to do something about it, by supporting the re-opening of Keswick Hatchery.

“The process is as near natural as can be; eggs from local fish will be incubated then released as fry, increasing the chances of survival massively – it’s in the interests of both our eco-system and our economy, offering real potential to attract people back to our becks. I will be securing a meeting with Michael Gove, to encourage his understanding and support.”

Cumbria River Authority Governance Groups who have fully supported to the proposals had previously met with Mrs Harrison and other Cumbrian MP’s in Westminster.

Paul Barnes, Chair of Cumbrian Farmers Flood Group and CRAGG, said: “It is very reassuring that we, as a flood hit community, anglers and naturalists together are supported in our efforts by an enthusiastic and interested constituency MP who has a good understanding of the issues.”

Mark Hastings, spokesperson for the Keswick hatchery group committee said: “The numbers of salmon returning to the Derwent river has plummeted in recent years and the population is now official classed as ‘at risk’. The hatchery forms part of a number of measures within the river Derwent salmon conservation plan to give the iconic Atlantic salmon a helping hand.

“The hatchery group is seeking approval from the Environment Agency to reopen the hatchery which the EA closed some years ago. The group welcome the support and involvement of Trudy in pursuing this mission to save the Derwent Salmon.”