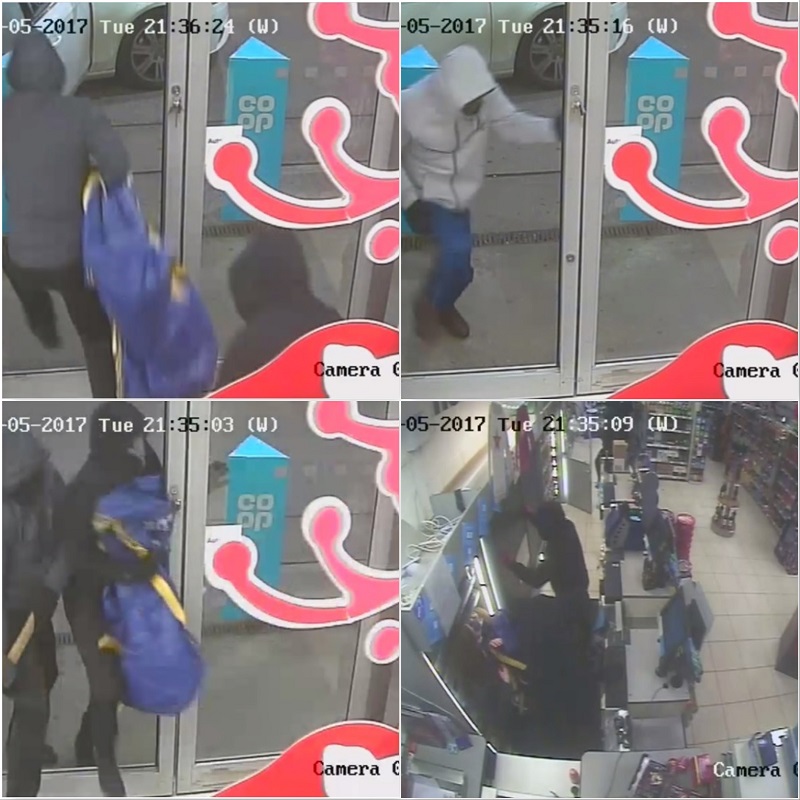 [F]our masked men smashed in to a petrol station with an axe during a robbery in Astley.

At around 10.40pm on Tuesday 5 December 2017, police were called to reports of an armed robbery at the Co-op – attached to the petrol station – on Manchester Road in Astley.

The robbers smashed through the glass doors and entered the store before threatening the staff with an axe.

The offenders then fled with a quantity of cash and cigarettes in a white Audi in the direction of Hough Lane.

The Audi – which had been reported stolen on Thursday 16 November 2017 from Tyldesley and was using false plates – was later recovered on Whitehead Lane in Astley.

Officers have released CCTV images of the incident and are appealing to anyone who has any information.

Detective Sergeant Alison Witkiewicz, of GMP’s Wigan borough, said: “This was a brutal and targeted attack that has left the employees extremely shaken.

“These men were armed and using a stolen car – the consequences of their actions could have been much worse and they need to be held accountable for their actions.

“I am appealing to anyone who recognises anything in the pictures that might help our investigation to please get in touch.

“I would also appeal to anyone who has any information relating to this incident to please contact police.”