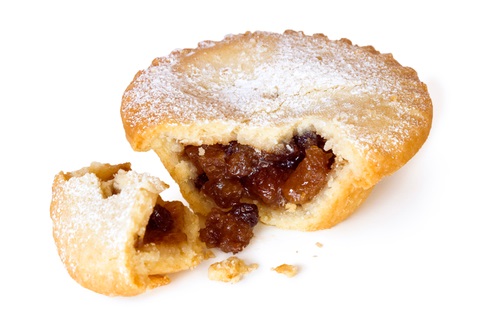 [A] burglar who took a bite out of a Christmas mince pie on 19, December 2016, has appeared in court in Carlisle today, Tuesday January 2.

Magistrates in Carlisle were told how the 20-year-old committed burglary at a house in Alston by stretching through and unscrewing a cat-flap and managed to open the door, once inside he then took time to take a bite from a mince pie left on a kitchen work-top, and left stealing wrapped Christmas presents, bottles of alcohol and cash to the value of £200, prosecutor John Moran told the court.

The prosecutor informed the court it has taken a long time for the case to come to court, as Northumbria police had to obtain DNA evidence from the mince-pie and this then matched the defendants DNA, Collier pleaded guilty to burglary and theft from a dwelling having entered as a trespasser on December 19, 2016.

Colliers, lawyer Sara Budniak informed the court her client had “no recollection of the incident, but if his DNA was on the mince pie, then he admitted the offence“, he is a heroin user and is struggling at the moment, but he is ashamed of committing this offence his lawyer told the justices.

Magistrate’s sent Collier to Carlisle Crown Court to be sentenced by a judge on February 2, he was granted unconditional bail until then.