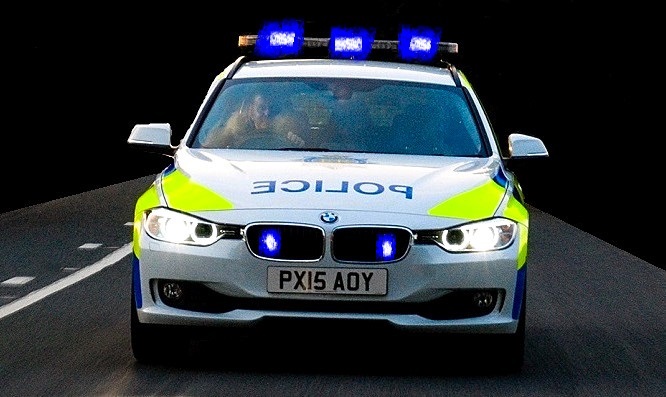 [P]olice Scotland is asking for the help of the motoring public in relation to an incident which happened on the southbound carriageway of the A74(M) between junctions 16 (Johnstonebridge) and 19 (Ecclefechan) at around 12.15 pm on Sunday 5 August 2018.

The vehicles, a blue coloured BMW M6, an orange coloured Nissan GTR, a red coloured Audi S5 and a grey coloured Porsche GT3 were unable to be stopped at the time by the traffic patrol.

Sergeant Leigh McCulloch of the Trunk Roads Policing Group said: “These four cars were observed by officers travelling south and it is suspected that they were travelling in convoy.

“The speed of these vehicles was recorded as being more than double the legal limit for the motorway. Clearly speed to this level on a public road is totally inappropriate and I am appealing to anyone who may have been on the A74(M) to call us if they can help us identify these vehicles, or indeed on  any other roads south of Ecclefechan in the lower Annandale area during early Sunday afternoon.”

Motorists with any dashcam footage which might help are also asked to call officers at Lockerbie on the 101 number, quoting the reference 2124 of 5/8.